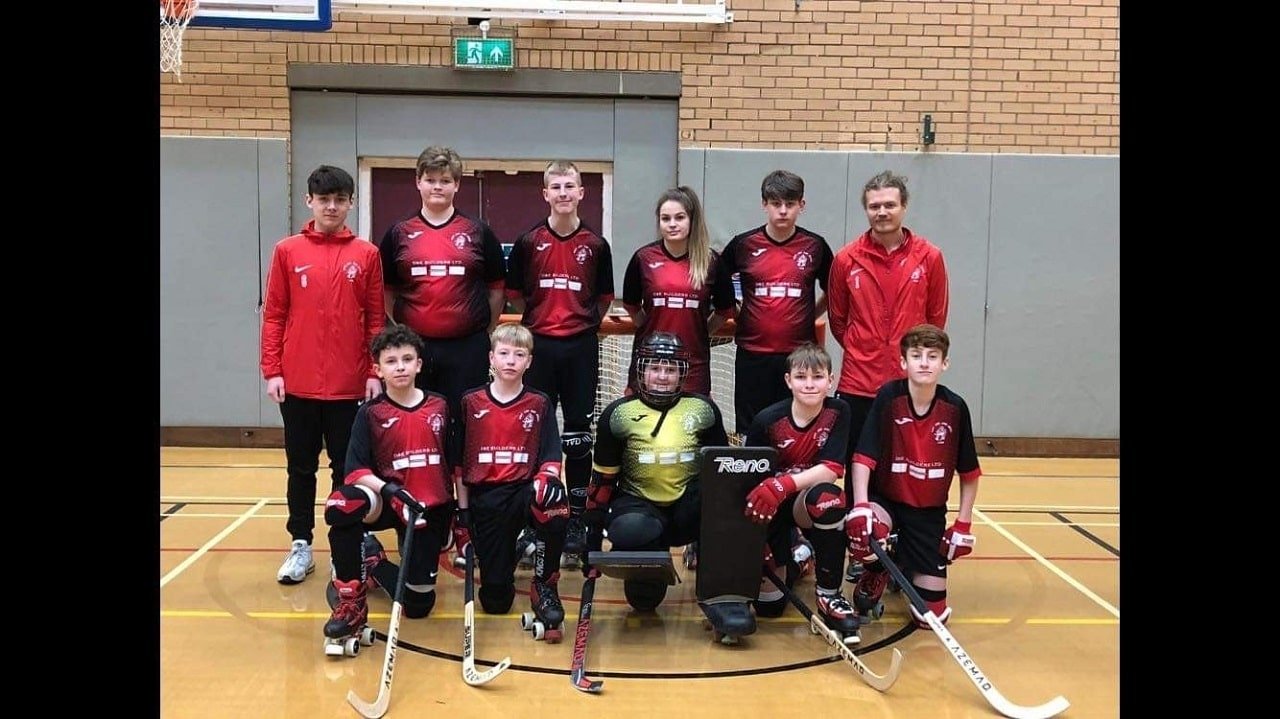 The home tournament of the season was held at Lynnsport.

The first game KLRHC faced, was Cottenham. This proved somewhat challenging from the offset. Cottenham’s team played at a quicker pace allowing them to score three goals in the first five minutes. Thomas Barker and William Dickerson held strong in defence, while Alfie Poppy and Harvey Blyler stood strong to retain the ball. Imogen Senter displayed superb strength, from the start to the end. Unfortunately, Cottenham managed to score more three goals.

The second half showed to be equally tough. KLRHC fought hard. Great teamwork was presented by Alfie Poppy, Thomas Barker, and Harvey Blyler. With Imogen Senter persistence, allowed her to save many more goals. Taylor McAree, Billy Davey and Mikey Whiting battled hard to win control, against the ball, before Cottenham claimed the further goal minutes before the final whistle.

The second half continued to be on Letchworth B side, with a further four goals being claimed. Great defence was shown by Billy Davey, Mikey Whiting and Myah Easter.

The third game was equally challenging, being up against ECU Blues. Imogen Senter yet again displayed excellent skills, in goal, making countiuned saves. Myah Easter and Thomas Barker , Harvey Blyler and Alfie Poppy battled hard to avoid Letchworth from gaining control. Unfortually, ECU B went on to score two goals before Alfie Poppy scores the first goal of the tournament. Imogen Senter worked relentlessly to refrain Letchworth from scoring. Towards the end of the first half, Taylor McAree, Mikey Whiting and Billy Davey battled to enable Letchworth from scoring. However, in the final minutes Letchworth went onto claim further goals allowing them a five goal lead.

In the second half Imogen Senter displayed excellent strength in goal yet again, making tremendous saves against Letchworth. Myah Easter and Harvey Blyler worked well together, composing some excellent passes. Harvey Blyler tried to score, however was unsuccessful. Letchworth continued in strength and their ability and speed allowed them to claim six further goals.

The final game saw KLRHC face ECU Gold. Excellent play was displayed by both teams from start to finish. ECU Gold were lucky to score in the first minute. Thomas Barker levelled the score, by netting a fantastic goal. Harvey Blyler battled hard in defence. Myah Easter and Alfie Poppy made several attempts to score, before ECU G scored once more.

Excellent passing was shown in the second half, by William Dickerson, Thomas Barker, Myah Easter and Alfie poppy. KLRHC’s Alfie Poppy obtained an incredible goal, followed minutes later by an unbeleivable goal, scored by Myah Easter. ECU G then levelled the score, with nine minutes remaining on the clock. Imogen Senter displayed great strength throughout the game. Taylor McAree and Thomas Barker continued to defend well. Many attemps to score, were also made by Alfie Poppy and Thomas Barker. The game finished in a draw.

Would like to thank Will Martin and Harvey Dugdale for giving up his time to coach the team during the tournament and Josh Taylor and Micheal Baker refereeing.