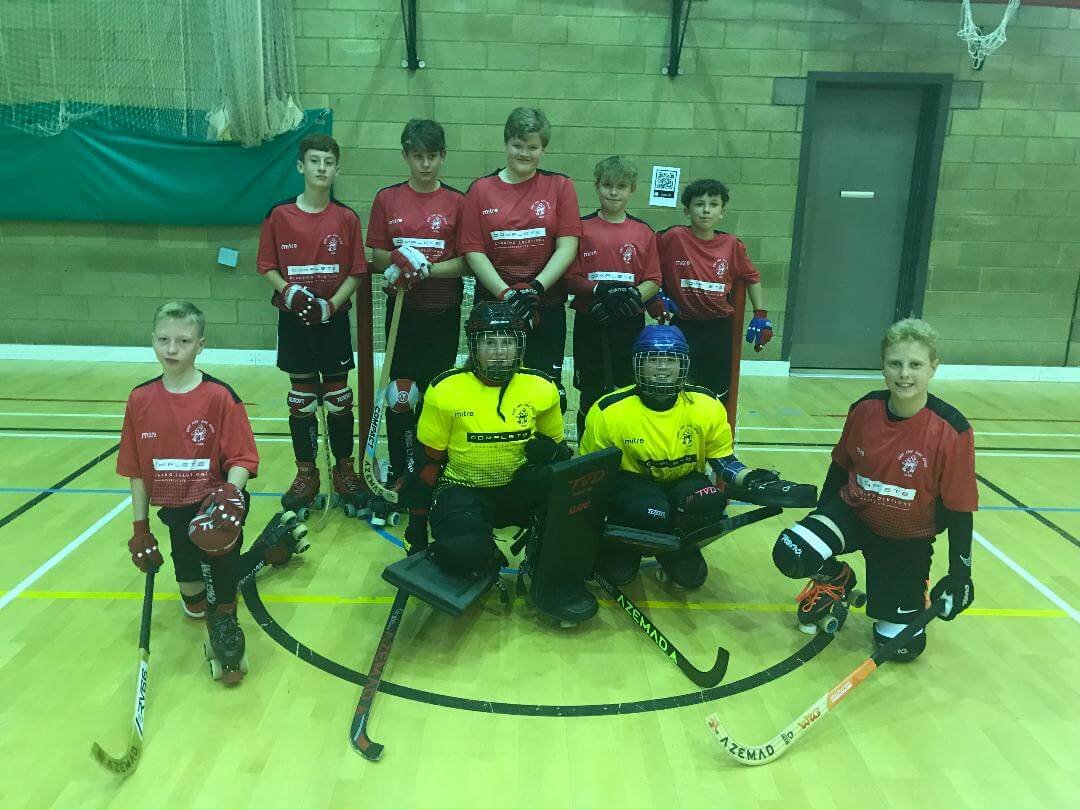 The first game was against Skaters. KLRHC played a strong defence and passed well up front. They managed to hold their own, as the opposition made attempts at scoring. Imogen Senter in goal exhibited several outstanding saves. On a number of occasions, KLRHC fought hard and played strong as a team.

During the first half Skaters were issued a direct but goal keeper Imogen Senter saved.

During the final minutes of the first half, Harvey Byler and Taylor McAree, once more, almost scored.

Tremendous play was continued by all the team into the second half.  This was displayed with strong defending from Billy Davey and Alex Holford.

During this 2nd half Harvey Byler scored 2 goals!

Later in the second half Harvey Byler scored another goal from a direct. Meaning Harvey Byler gaining a hattrick!

The second game proved more difficult. KLRHC worked well as a team. CCRHC proved to be a difficult team to play against. Lacey Vincent in goal battled immensely against continuing goals. Harvey Byler and Alfie Poppy displayed some excellent passes .With the others playing defence. Unfortunately CCRHC1 managed to gain the lead with six goals in the first half.

The third and final game was against Letchworth B . KLRHC worked well as a team. Letchworth had proved to be the strongest team of the day winning all their previous games.

All of the Kings Lynn players concentrated on playing a good defence to protect goal keeper Lacey Vincent. Lacey fought well and saved many attempted goals.

Will Dickerson, Taylor McAree and Alfie Poppy played a brilliant front defence stopping Letchworth and attempting to score against the Letchworth goal keeper. Sadly not able to find the back of the net.

Mikey, Billy and Alex all played a good back defence but Letchworth managed to score 8 goals in the first half.

At half time Kings Lynn had change of goal keeper with imogen Senter going in goal for the second half. The second half proved tough again but Kings Lynn players did not give up and battled on. . Imogen Senter played well saving many attempts from Letchworth. . KLRHC fought hard. During the second half the team showed good team work. Alfie Poppy and Harvey Byler moving up front and with a pass from Alfie, Harvey slapped a cracking goal!

Would like to thank Josh Taylor, for giving up his time to coach the team during the tournament also thankyou to Complete Plumbing Solutions and DJ Projects for their sponsorship for a new u15’s kit.