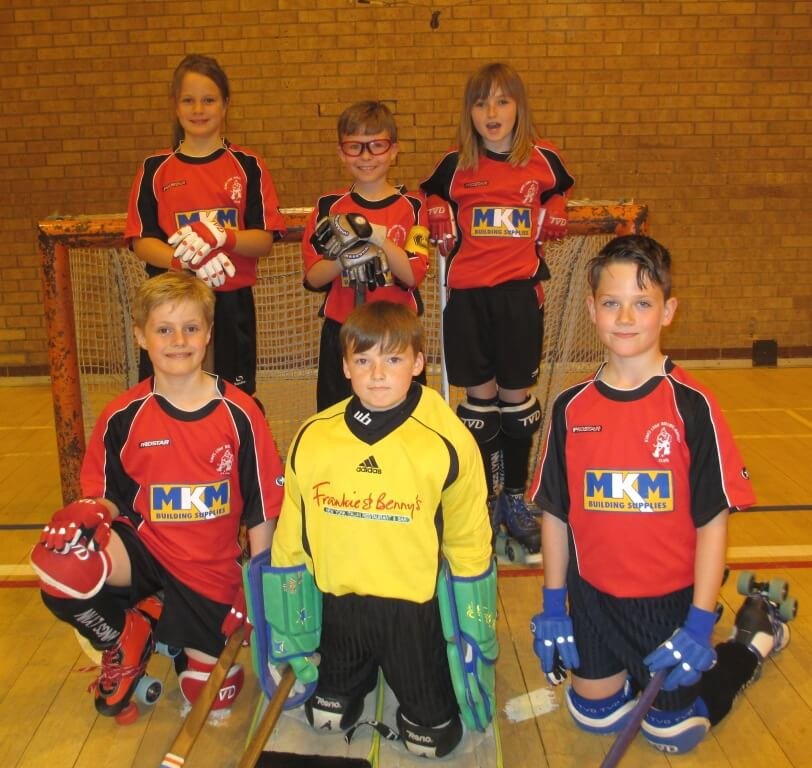 The King’s Lynn u11’s played in the Eastern Counties Knockout Cup qualifiers, which were held at The Ross Peers Sports Centre on Sunday 14th June in Soham.

Kings’ Lynn played in Pool B along with Peterborough and the Ely 2 team. King’s Lynn lost against Peterborough 8 – 1 with Ria Griffin scoring the only Lynn goal. It was a tough game, but Miles Hovell and Myah Easter formed a solid defence wall and Peterborough had to work for their goals.

For the second pool game against the Ely 2 team, Joe Crawford was awarded the captaincy by Joshua Futter. Joe shone in this game and scored a suberb goal. Lynn went on to win the match 8 – 0 with Joshua Futter scoring four goals and Ria Griffin three.

The win against Ely 2 put King’s Lynn into the semi finals against Letchworth. This was a hair raising game as it started with Letchworth scoring three goals in the first half. During the second half, Joshua Futter pulled Lynn back to 3 – 2 and just before the whistle blew Ria Griffin scored Lynn’s third goal. This forced the game into a five minute period of extra time with the opportunity of a golden goal.

The five minutes were mostly played in the Letchworth end, but unfortunately King’s Lynn couldn’t score a goal. With the atmosphere electric, the game ended in a penalty shoot out. Keaton Vincent was making his debut as a goal keeper and this was a definite baptism of fire. He had played excellently all day saving multiple shots and now having to face a penalty shoot out was not going to be easy. Keaton was brilliant with even saving one of the shots.

Unfortunately Letchworth won the penalty shoot out and King’s Lynn lost the opportunity of a  place in the cup finals, but they didn’t give up without a fight.

Well done King’s Lynn u11’s, you made us all very proud.

The team would like to thank MKM for their continued support.