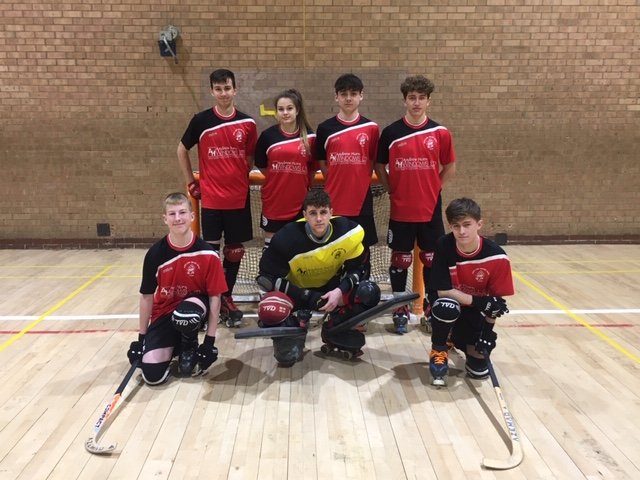 Kings Lynn under 19 team were away at Soham for a tournament against Middlesbrough, Soham, Grimsby and Cottenham on Sunday 26 January 2020.

First match against Middlesbrough was tough from the start, KL struggled for the first ten minutes and spent most of the time defending they goal. With brilliant goalkeeping from Josh Roberts and the whole team defending very well, keeping the score at 1 nil at half time, In the second half KL start to gain confidence and were able to counterattack which lead to two goals from Harvey and joseph, however the team well unable to keep the lead and Middlesbrough scored with only 2 left on the clock.  A good result for an exciting, tough and physical game.

For the second game against Soham Kl had to change are whole game plan, Joseph had been injured in the previous match and was unable to make any impact on the game. Unknow to him he had a hairline fracture to the foot. So, the younger players had to step up which they did with great defending and courage. Yet again Josh in goal was having amazing performance and was only beaten by a fluky goal at the end of the first half. The second half start with Toby and Harvey trying pace and strength to try and break down Soham defence. However, Soham team mostly of premier league players were just too strong and physical. They were able to get two quick goals which took the wind out of KL sails.

The third match started off well for KL with a quick goal by Harvey that seem to have settled any nerves the team had. The whole team was working well in defending and attacking. Toby started to use his fast pace down the wings and was able to pass the ball to team members in a position to shoot. But Grimsby were saved by the post and cross bar several times. Harvey was on the score sheet again in the second half but as the time was running down and the whole team exhausted from the previous matches. Grimsby grabbed a late goal with only 4 seconds left on the clock.

Final match against Cottenham the favourites to win the league was another entertaining game with both teams playing well from the start. However, as tiredness crept in and the whole team using every bit of energy left in them and they were not able to stop Cottenham from scoring. By the end of the first half KL were only 2-0 down.  the second half start off with KL defending more than attacking which lead to 6 more goals for Cottenham. A few times KL were able to attack, Konner Lee was able to get his first Senior Goal for the club.  a quick breakaway by Toby and Harvey was able to spilt Cottenham defence and a pin point pass from Harvey to Konner, how was able slot it pass the goalkeeper of the tournament.

Player of the tournament for KL goes to Konner Lee, he never gave up and he listened to his captain and coach which he did on the rink, plus scoring his first goal.