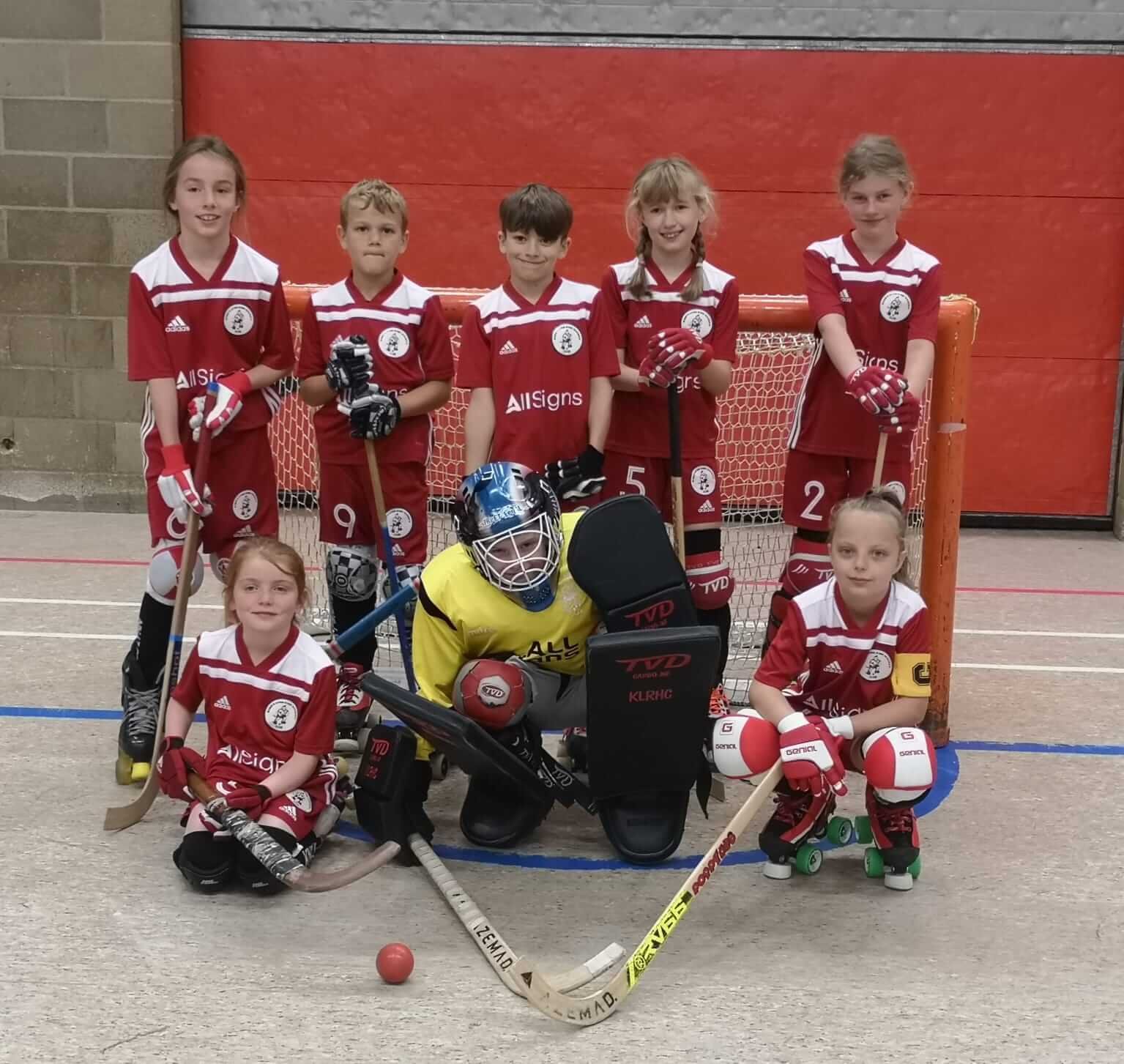 Our first game was against the hosts Skaters which saw first half goals from Harry Dickerson and Grace Davey, but with Skaters having a more experienced team our defence struggled.

The second game against Soham Hoops saw great our team show strong defence, our first goal after 53 seconds by Harry followed by the second two minutes later by Grace, Three more goals followed in the first half including the first goal of the season for Cole Easter making the half team score 5 – 0 to King’s Lynn.

The second half saw three more goals from Kings Lynn including Eloise’s first goal for the team.

The third game was our hardest matches of the tournament. The whole team were kept on their toes by Peterborough with the half time score 7-1 to Peterborough.

The fourth and final match of the day against Letchworth was a great confidence boost for the young team with five goals in the first half from Grace and Harry with some great set up’s by the Captain Poppy Smith.

Second half saw five more goals for Lynn including Phoebe’s first goal for the team and a second goal for Eloise. Our defence showed great skill with great defending from Alma, Eloise, Poppy, Cole and Phoebe.