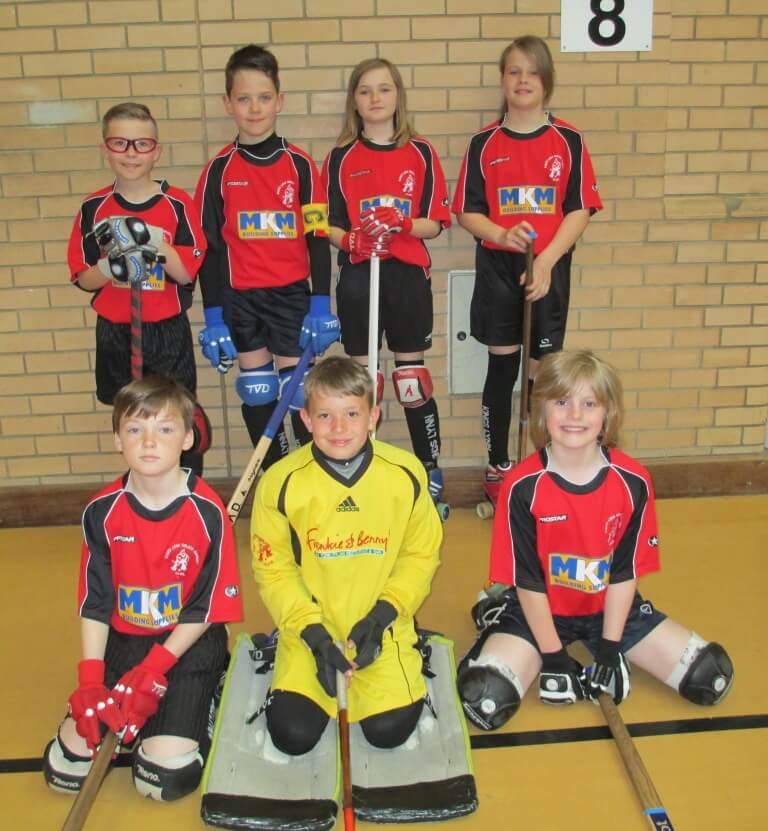 The Under 11s for Kings Lynn Roller Hockey Club won one game out of the four they played at their home tournament at Alive, Lynn Sport on Saturday 25th April. It was a long day for them, but they all put in 110% in their games.

Their first match was against Rickmansworth, which King’s Lynn won 5 – 0. Ria Griffin and Joshua Futter scored both a goal in the first half. The second half was even more successful with Miles Hovell, Keaton Vincent and Ria scoring a goal each.  Joe Crawford was working hard at mid rink.

The next game against Ely was a very fast paced game. Ely won 3 – 1, though it was not an easy win for them. Joshua scored Lynn’s only goal in that game. This tournament was Alfie Poppy’s first ever tournament as a goalkeeper and he was brilliant. He worked hard all day, but this game against Ely was definitely his best, saving multiple shots. Keaton was keeping up with the speed of the game and helped Myer Easter in defence.

Joe Crawford was Lynn’s star defender at the tournament, catching Cottenham’s players in the third game. Lynn lost this one 6 – 2, but without Joe’s and Miles’ excellent play in mid rink, the team could have lost their spirits. Miles and Ria scored Lynn’s two goals in the second half.

Sudbury won the last game of the day against Lynn, 6 – 1. After a long day Lynn’s u11’s team were getting tired and disheartened. Still the team kept trying till the end.  Joshua scored the only goal for Lynn in this game.

The u11’s team has developed a lot over the year and they all played really well together. We’re very proud of them.