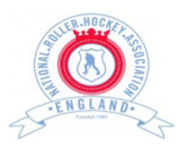 A bad day for King’s Lynn at their first ND1 tournament of the season.

A good start to the game against a very strong Soham side, saw the team hold their own for nearly ten minutes, before Soham finally scored to break the deadlock. Once our defence had been broached, Soham found their way through with three goals either side of half time to win the game 6 -1. Captain Rees scoring our only consolation.

Next up were Ely and again another tight game. This time King’s Lynn were not able to score, but kept Ely down to only four goals, losing 4-0

Finishing the tournament with a win, King’s Lynn had a comfortable game against the England Ladies team, finishing the game as 9-1 winners.