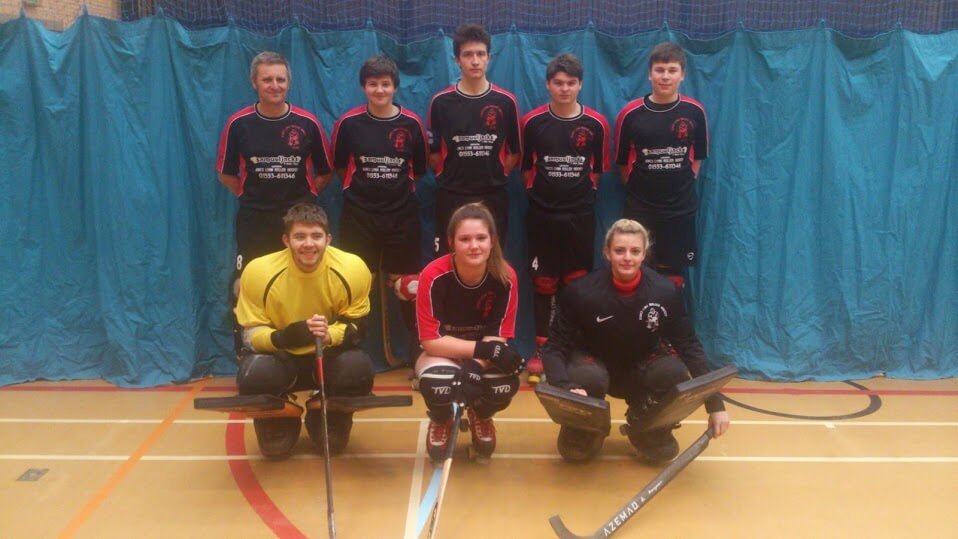 An interesting start to the Project 2015 tournament day at Project 2015 at Lynnsport saw King’s Lynn without a coach and missing players due to illness. Not the start the team wanted.

Finally after a bit of chasing around and fortunately with football cancelled we gathered enough players and Lynn were able to put a team out, with Ric taking over duties in the dugout

First match was against Sheffield and this proved to be a very tight affair with Lynn eventually taking the lead through Rees. Lynn nearly held out till half time until Sheffield, with a good finish, equalised so the half-time score was 1-1.

Second half was again a tight affair and a Blue card to Sheffield saw Zak put us 2-1 ahead.  Both Matt & Katt were outstanding in goal during this match and kept Lynn in the game for so long but Sheffield were pushing us hard and eventually with some questionable refereeing (again!), they put two more goals in the net to take the game 3 – 2.

Next up were the Project 2015 team and somewhere between the end of the previous game and the start of this match, Lynn had lost their belief. An awful performance saw the team concede four goals either side of half time. Nothing else to say about this performance as it should be forgotten. Final score 8 – 0 to the project team

A much improved performance after the last match, but still not as good as the last time the team played Soham. We were hoping for a good start again, however this was not to be the case against a very strong Soham side. The defence was breached quite early and from then on it was a struggle as we also lost two players (Dan & Tom) to injuries. With Rees scoring Lynn’s only goal of the game, a cracker at that as he was falling, the team eventually lost 11 – 1 (halftime 7-1)

The team at least had something to cheer about in their last match of the tournament where they had a close fought win over Maidstone, winning the match 7 – 5. The match was a lot closer than the scoreline suggested and meant that the crowd were excited as much as the players.

Thanks to the players who attended today’s tournament, especially Dan Howlett & Josh Horn who made the effort to arrive early after their football match was cancelled