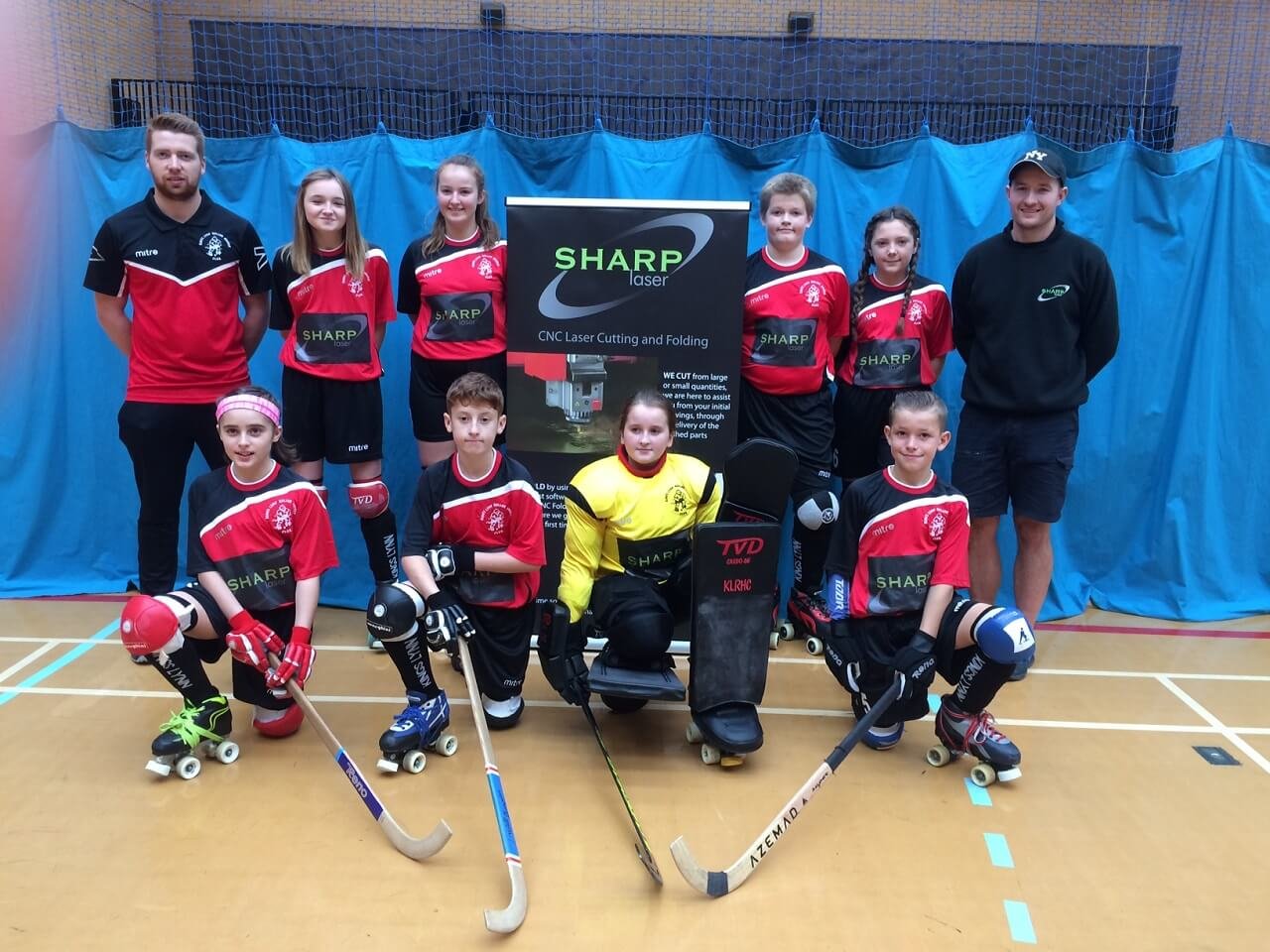 Kings Lynn’s first Eastern Counties under 13s tournament was at Lynnsport.  The team were up against Peterborough, Soham, ECU Gold, and Cottenham

The first game against Cottenham was a tough and physical match from the start. King’s Lynn took control of the game  with a quick goal but weren’t able to keep Cottenham on the back foot. With this being King’s Lynn’s first game of the season the team looked rusty, especially as they had four new players in the team this season.

The second game was against Soham. Kings Lynn showed true passion after their first game and started to gel as a team, managing to score five goals to take a comfortable position in the match. However, with four minutes left of the game, the team then lost focus letting Soham back in to the match at 5 – 4. With two minutes left on the clock, the team dug deep to see the game out and Kings Lynn came away with a win.

The third Game was against Peterborough and provided another entertaining game with both teams playing well and giving it their all to win. However Kings Lynn were high on confidence from their last match and were able to take control of the game. With some good passing and defending, Kings Lynn again scored five goals without reply. But in a repeat of the previous match, Kings Lynn again lost their focus and allowed Peterborough to score four goals bringing the score to 5 – 4. A great team talk by the coach spurred the team on in the second half and they scored another goal to push the score to 6 – 4 in Lynn’s favour. With Imogen Senter on form in goal, pulling out some good saves from the pressing Peterborough players, Kings Lynn claimed another win.

The last match of the day was against ECU gold

Another entertaining game with King’s Lynn buzzing from their last two games, wanted to finish the day with a bang and they did that!
King’s Lynn took the lead with the team playing brilliantly together and it wasn’t long before the goals flowed in going an the team took a 6 – 0 lead at half time. King’s Lynn were determined not to let ECU back into the game like the last two games and staying focused, scoring five more goals in the second half.

Three wins out of Four for the first tournament of the season is not a bad start.

Janis Baker, Jo Bayes and all the time keepers, also Andy ‘Smokey’ Robinson for being referee.

Plus a thank you goes to Sharp Laser for their generous sponsorship in buying the team new kits.