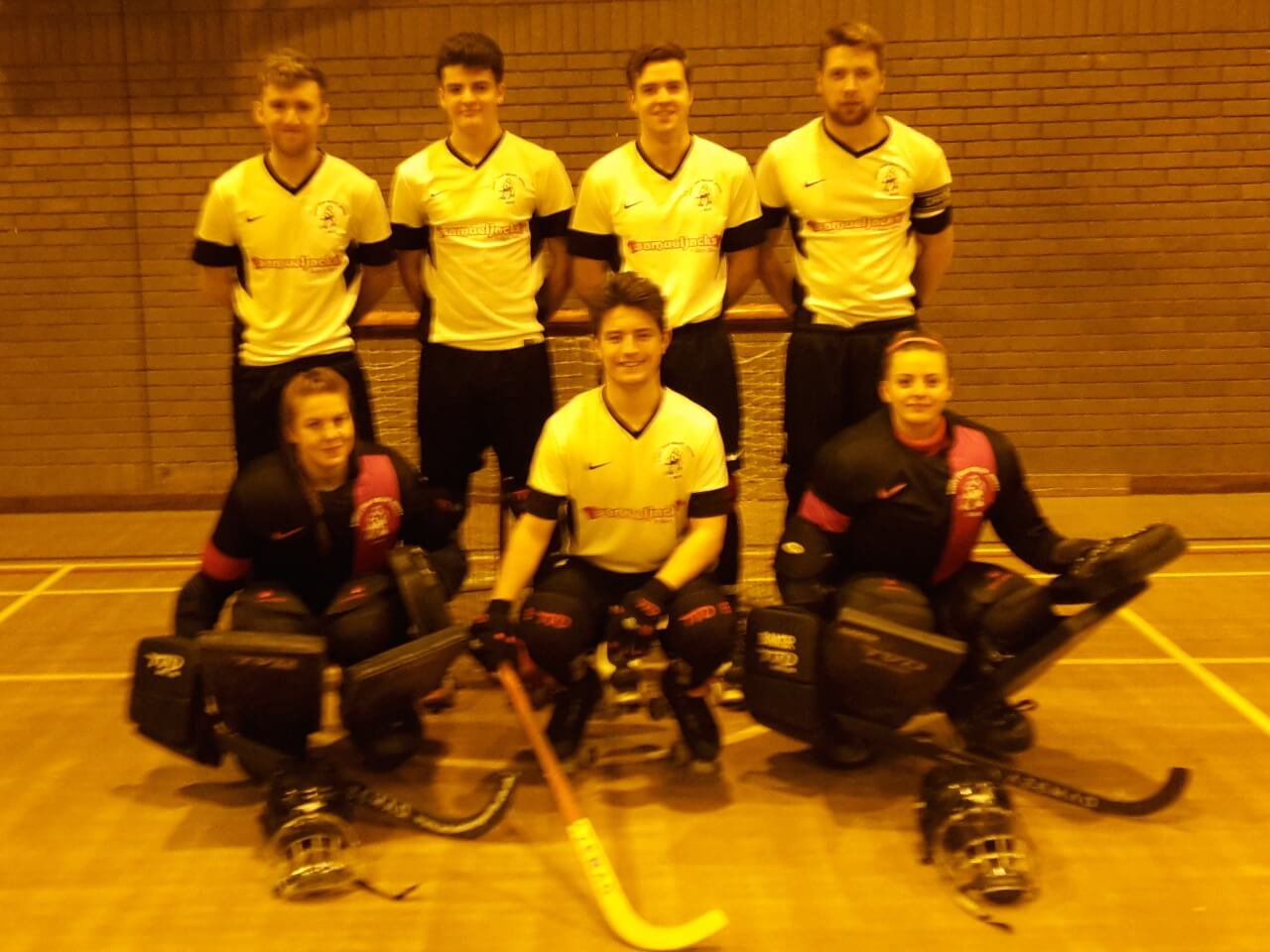 The Kings Lynn ‘A’ team visited Letchworth for their final tournament of the season. Despite the league being already won by Soham RHC it was all to play for in the race for second place.

Lynn’s first game was against Letchworth A. Having no time to warm up due to a late arrival Lynn were on the back foot for the first half of the game and struggled to get into their usual style of play.

Letchworth not only dominated the first half, but they dominated the score line too, taking a comfortable two goal lead into half time. Second half begun and Lynn knew what they needed to do and took control of the game. Grabbing the goals needed they took a two goal lead however were given a scare when the game was within a goal going into the final minute. Lynn held their nerve and took the win 7 – 6 to start the day nicely.

Second game of the day was against Cottenham RHC. Knowing that two wins from the final three games would secure 2nd place in the league, Lynn started the game strongly. Notching  up the goals on the scoreboard took them into the half time break comfortably leading the game. Into the second half and much of the same play had the same affect, executing set plays previously practiced resulted in the ball finding the net on several occasions.

Third game of the day was against a Colchester side with plenty of hunger for a fast paced game. End to end stuff for the duration of the game certainly ensured there was going to be a lot of goals in this one. Numerous chances were created at either end however it was Lynn who were the more clinical and exploited the weaknesses of the Colchester goalkeeper to great affect.

Final game of the day and of the season was against close rivals Bury RHC. Despite having already secured the 2nd place spot in the league Lynn were hoping to end the season on a high. Bury had other ideas and in what proved to be the game of the day Lynn unfortunately narrowly lost out by a single goal that came in the final minute of play.

A solid season for Lynn who despite not having the same team for each tournament still managed to gain second place in the highest league in the Eastern Counties region.