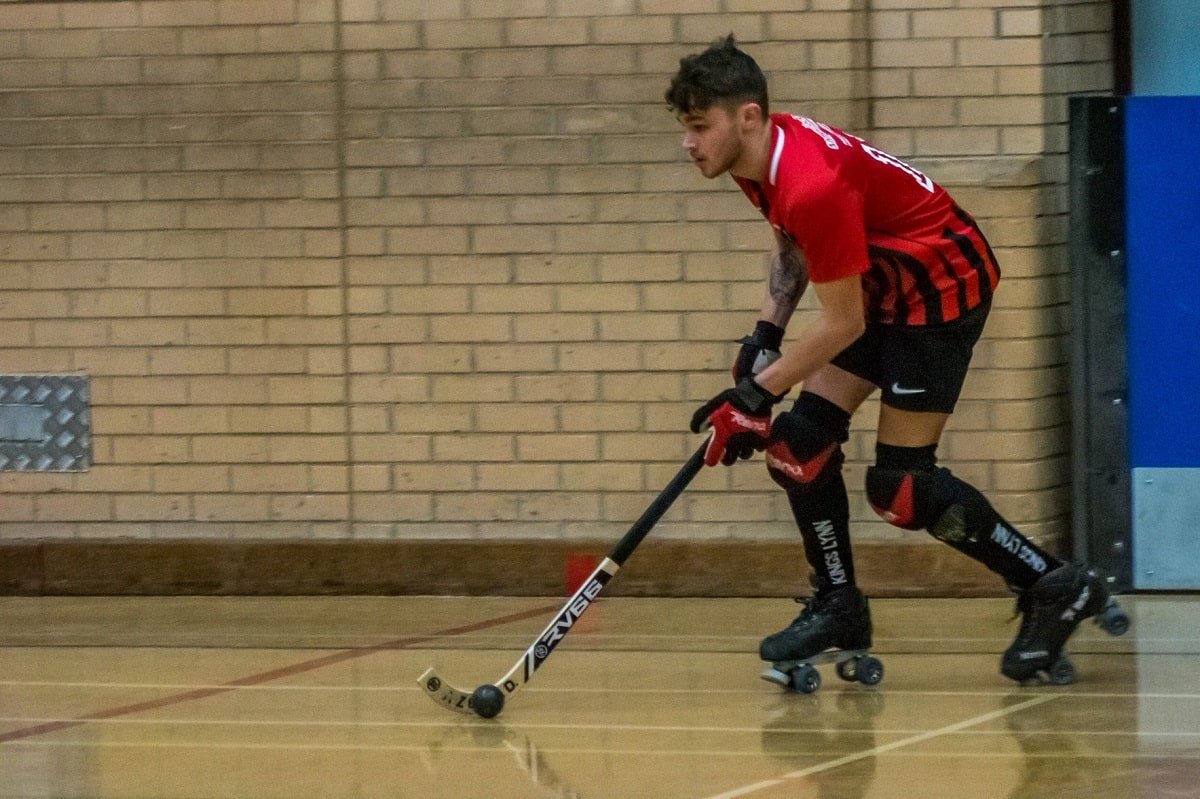 King’s Lynn convincingly defeated last season’s runners up in the English Premier League on Saturday, beating London 9- 2 to make it seven wins in seven and open a twelve point lead at the top of the table.

Lynn’s return to London was a contest hotly anticipated after London’s smash and grab victory at Lynnsport in November. Any fears of a shock repeat were virtually over at half time, however; Lynn built a 4 – 2 lead that forced London’s hand in the second half, and saw them exploited mercilessly.

Lynn’s opener came from the penalty spot, which Josh Taylor confidently struck down the middle. London responded with a penalty of their own, slotting the ball into the bottom right hand corner, before grabbing a second after some slack defending left a man open to convert from outside the D.

Lynn had been playing well to this point, and weren’t panicked by London’s lead as they might’ve been in the reverse fixture. Instead they eased into the game, won more of their individual battles and denied London time and space inside the Lynn half. Their patience was rewarded when Jack Tucker popped up inside the area to convert at the back post, before finishing a direct free hit underneath London’s keeper to restore Lynn’s advantage. Ryan Barnes completed the first half scoring with an outstanding individual effort, blasting a slapshot into the top corner after receiving the ball on the halfway line.

Lynn are yet to relinquish a halftime lead this season, and their endurance shone in a second half that London had to win. Lynn’s pressure was relentless, and London’s defence, already exposed, was unable to contend with the force of the reigning champions. Matthew Baker completed a second half hattrick with a trio of goals that consisted of outwitting his defender before finding space on the keeper’s vulnerable stickside; Taylor earned a brace with a finish inside the area, before Owen Norris also got on the scoresheet with an accurate first time finish.

Lynn held their commanding 9 – 2 position for the final ten minutes of the contest to earn themselves a sweet three points and avenge the sides’ earlier meeting. While second placed Grimsby do have three games in hand, it’s difficult to imagine them dislodging a stubborn Lynn side from the comfort of the league’s summit. As Lynn head into the season’s final straight, four wins from five are all that separate them for a fifth consecutive league title.

King’s Lynn RHC would like to thank A10 Autocentre for their sponsorship of the weekend’s game.