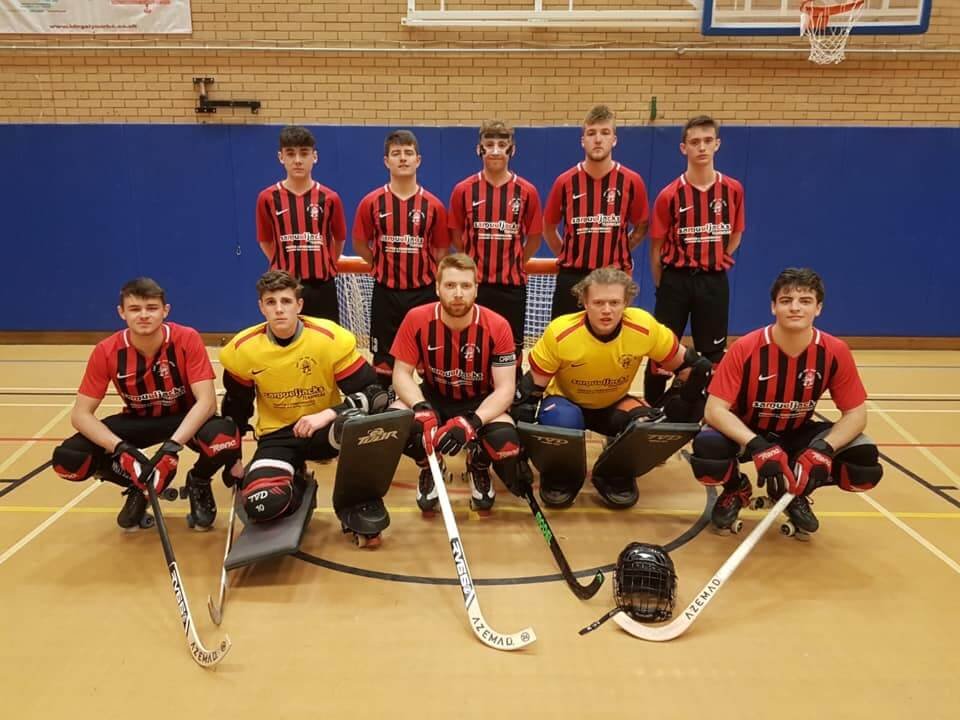 Saturday 9th March saw Kings Lynn RHC return to home action for the first time this calendar year. Manchester the opponents had recently took their first win of the season against Soham.

A nervy start from the hosts gifted Manchester an early chance in the game after conceding a penalty. The visitors took full advantage from the spot and took the early lead. Lynn then settled into the game and got their passing game going. Whilst having the majority of possession Lynn soon had their equaliser through Josh Taylor. Lynn were then rewarded for their consistent ball possession and grabbed two more goals in as many minutes. Matt baker grabbed his first of the match whilst Josh Taylor doubled his tally from the penalty spot. Taylor then scored his hattrick with Jack Tucker rounding off a dominant first half display after a neat move around the team.

Into the second half and Lynn picked up from where they’d left off at the end of the first half. Lynn had their most successful period of the match by scoring 4 goals in as many minutes. Matt Baker scoring his second and third goals in quick succession to bring up his hatrick, Owen Norris added a goal of his own to continue his goal scoring form and Josh Taylor took his fourth of the match. With Lynn dominating the score line, the hosts keepers changed for the final 20 minutes of play with Will Martin and Josh Roberts trading places. Taylor soon added his fifth of the match after having his effort deflected by the Manchester defence into the visitors net. Man of the match Ryan Barnes made his presence known throughout the match with a commanding performance offering support to youngster Harvey Dugdale who was making his home debut. Harvey was rewarded during the game by adding the final two goals to the score line much to the delight of the home support.

A positive result for Kings Lynn as they look to move themselves up the table at an important time in the season.

With six games remaining the title is still a long way from being decided with numerous teams challenging to take the Premier League trophy away from Kings Lynn.

Many thanks to the supporters and timekeepers for their efforts during the game.

Man of the Match: Ryan Barnes

Thanks to the team sponsor Samueljacks T-Shirt Shop for the ongoing support and to those who were in attendance to support the team.