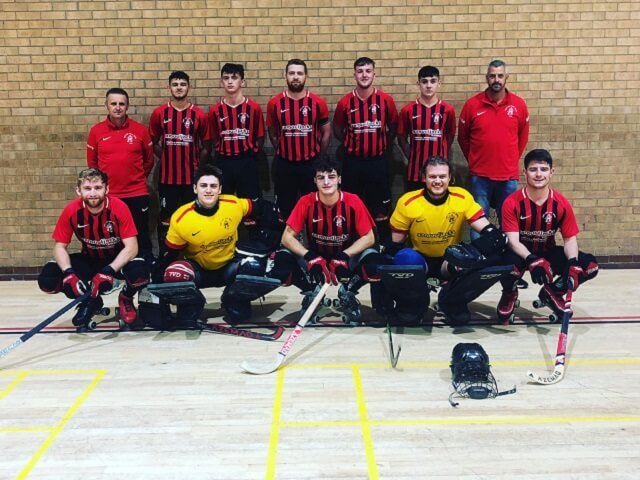 King’s Lynn recorded their third win in as many games with a dominant performance against newly promoted Ely and Chesterton United.

Lynn were the strong favourites coming into the fixture, and it wasn’t long before all hopes of an ECU upset were extinguished. With only ten minutes played, Lynn had scored five, virtually sealing the three points that now sees Lynn take their habitual place at the top of the league.

First on the scoresheet was Matthew Baker, netting his first of the season after making an incisive sprint into the area to spoon the ball around the keeper and into the net. Baker followed up with an intelligent dribble minutes later to make it 0 – 2, cutting into the ECU area from a two-sticks before flicking the ball past the outstretched gloves of Dan Milne.

The only spell of possession ECU seemed to be capable of was from the restart and this was quickly interrupted by Lynn’s high press. As quickly as Lynn had recovered the ball, they’d found their third from Owen Norris, who, finding space on the flank, cut onto his backhand and fired a slapshot in at the near post. Norris then doubled his tally, latching on to a cross-rink pass to tap the ball into the open net.

The third brace of the first half arrived soon after as Jamie Griffin connected with a speculative effort from Josh Taylor, deflecting the hit in off the crossbar. This came just minutes after Griffin’s first, a flick shot from the edge of the box which penetrated the bodies in defence and sailed past the blinded keeper.

To close the scoring in the first half, which finished 0 – 7, Ryan Barnes slalomed through a handful of players before cutting a sharp drive in at the near post. He turned to the away fans in celebration, whose vocal support once again fired the reds onwards.

If half-time gave ECU some much needed respite, it couldn’t prevent Lynn from continuing as they left off. Three goals in three minutes took Lynn’s tally to double figures, and their goal difference to +21 thus far. Baker completed his hat trick with a long range slapshot, before scoring a fourth with a deflection off Taylor, who also assisted Lynn’s final goal, setting Harvey Dugdale up at the far post for his first of the game and second of the season.

To ECU’s credit, the final twenty minutes remained scoreless, but this may have been in greater part due to Lynn’s use of player rotation, and their first half pageantry, than ECU’s resolve.

Lynn’s next game is their first at Lynnsport this campaign against last season’s Premier League runners up, London, at 7.15pm on Saturday 9th November, in what is sure to be a thrilling contest.

London, who’ve just competed in the first round of the European Cup, will be eager to avenge Lynn’s 3-4 victory in their final meeting last season, while Lynn know that anything less than a victory could threaten their chances of clinching a fifth consecutive championship.