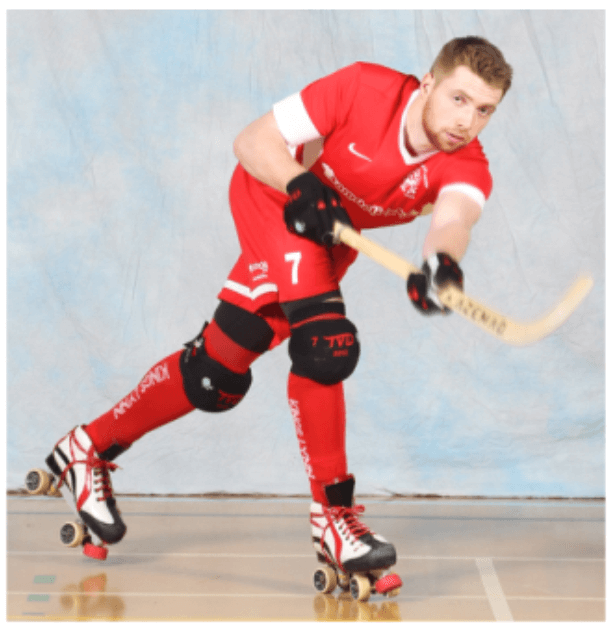 The Kings Lynn roller hockey club premier league side took on Bury RHC in their latest fixture. With only 5 players and a goalkeeper available it was going to be a tough test for the home side. Many of the younger players of the club were in attendance to support the side and they certainly weren’t disappointed with what was to come.

The game started in a frantic way and Lynn had to quickly settle themselves down to ensure they could last a full game with only one sub. Mid way through the first half it was the home side who seized the opportunity to take the lead with a powerful drive into the top corner of the net. A second goal soon followed in near enough the same fashion, only this time the build up play was the highlight of the goal – every player contributing in some way to create the space for the shot. The game was played out from the until half time with no further score being added.

Into the second half and the game remained quiet for the first few encounters.  The away side were getting agitated and a direct free hit was soon awarded after 10 team fouls were committed. Josh Taylor stepped up to take it and made no mistake, cooly finishing past the watching away goal keeper to complete his hat-trick.  Following the goal Lynn quickly gave away numerous fouls to give Bury the opportunity to grab a goal back although Will Martin in the home goal had other ideas pulling off a top save to keep the score 3 – 0. At this point Lynn lost their concentration and conceded two goals in quick succession to allow Bury back into the game. A time out was called to settle the side down however with seven minutes left on the clock the game was back to a tie with the score 3 – 3. Lynn now needed to regain their focus from earlier on in the game and were aided by the home support.  With three minutes left on the clock after some good defending Lynn broke in counter attack and it was Matt Baker who got himself onto the scoresheet with a low drive past the goalkeeper. Lynn’s concentration was now now vital, as they were heading into the last few minutes with a single goal lead. With the home sides control came a frustrated away side who had now reached fifteen team fouls to award Lynn with another opportunity to extend the lead. Taylor stepped up again with the direct and made no mistake to dispatch at first attempt to take his tally to four goals for the game and give Lynn a healthy two goal lead.

With thirty seconds left on the clock Bury kept fighting and grabbed another goal to make it a nervous last few seconds however Lynn saw out the game professionally to take all three points. 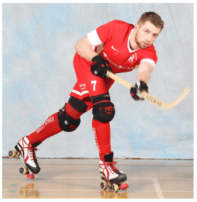 This was an important win for Kings Lynn side who are looking to push up the league. Remaining unbeaten in the first couple of games of the new year was essential and they head to Letchworth in a few weeks time to hopefully continue their good run.

Thanks must be given to the timekeepers who gave up their own time to help the club and to those who came to support, pushing the side on from start to finish.

Thanks again to our sponsors ‘Samuel Jacks T-Shirt Shop’ & ‘Carter Engineering Supplies’ for your continued support on and off the rink.