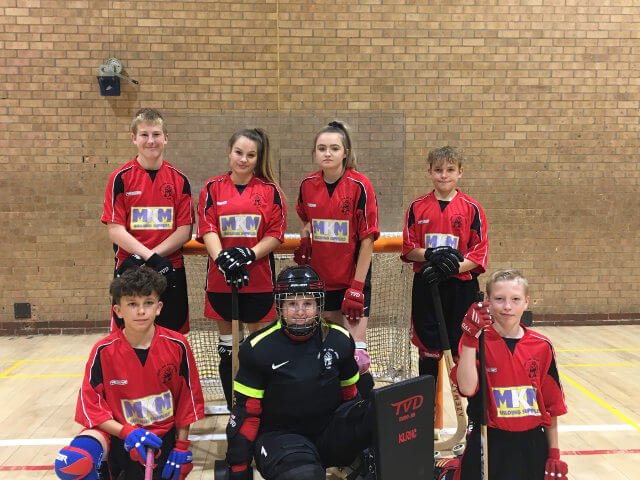 Kings Lynn v ECU (G)
The first game was against ECU (G). KLRHC composed some brilliant passes. They managed to hold their own, as the opposition made numerous attempts at scoring. Alfie Poppy, Myah Easter and Ria Griffin put up a strong defence against ECU (G), and Imogen Senter exhibited several outstanding saves. On a number of occasions, KLRHC fought hard against ECU (G) almost managing to score, with Thomas Barker, Alfie Poppy and Myah Easter producing some excellent shots.

Tremendous play was continued by all the team into the second half.  This was displayed in the first few minutes. Thomas Barker made some cracking shots against the ECU (G) goalie. Myah Easter, Alfie Poppy, Ria Griffin, Harvey Blyler and Thomas Barker continued to work hard in order to score, but unfortunately were unlucky during each shot.

King’s Lynn v Peterborough
The second game proved to be an extremely difficult game. Up against Peterborough, KLRHC struggled against the team. Peterborough managed to score during the first minute, Imogen Senter fought hard to prevent further goals. Thomas Barker, Taylor McAree and Myah Easter worked well together in defence. Some excellent passes were made by Alfie Poppy. Harvey Blyler, Thomas Barker and Myah Easter thrived to hold back the goals, however Peterborough proved to have the stronger defence, taking the lead.

The second half prove continually difficult, with Peterborough claiming a further nine goals.

The team would like to thank Harvey Dugdale, for giving up his time to coach the team during the tournament.