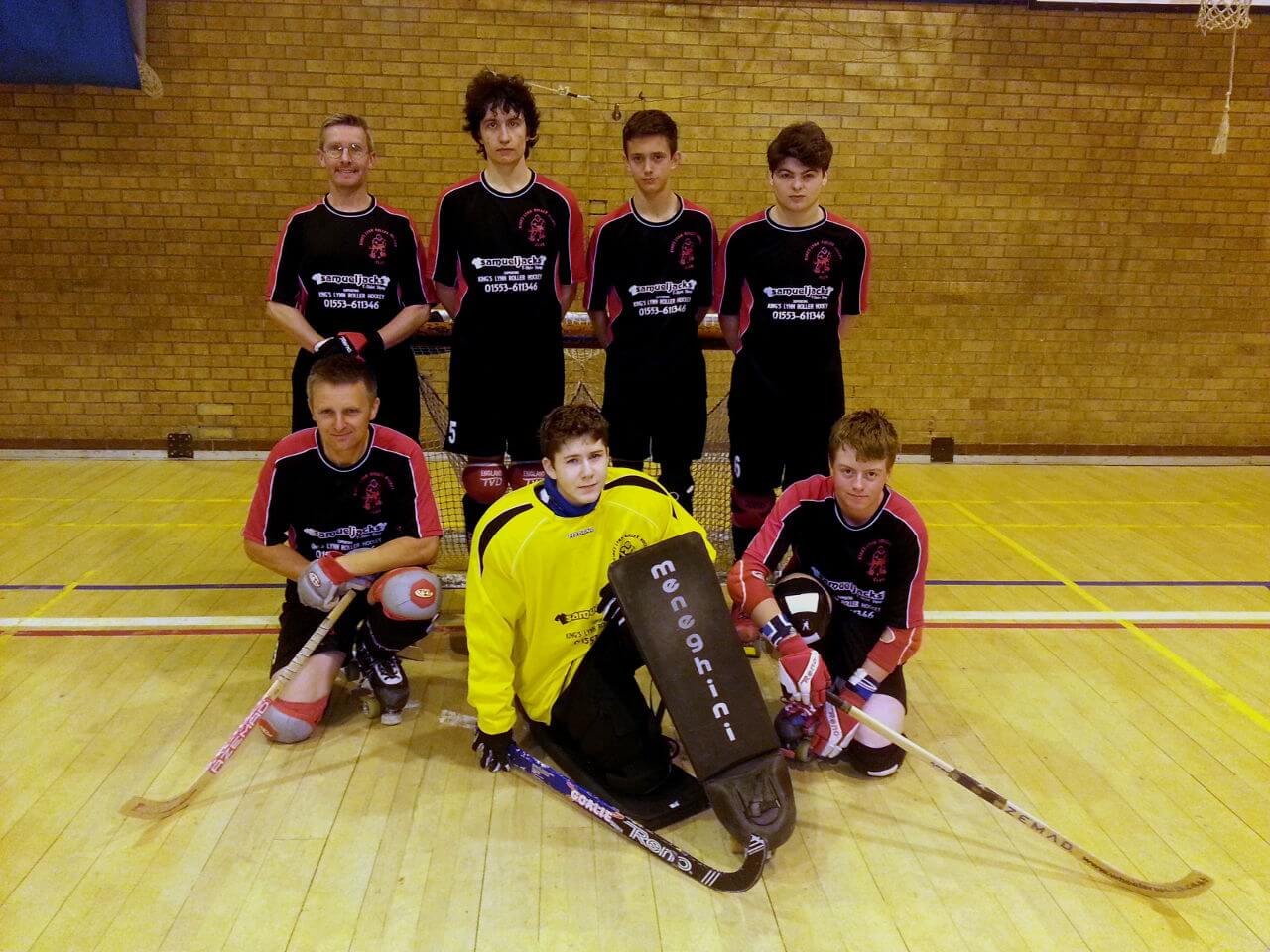 The ND1 team has suffered this season due to some last minute injuries and withdrawals and this weekend was no different, though Lynn were again able to put a team out, with a new young goalkeeper, Jake Findell

Our first match was against the current unbeaten League Leaders Soham. Lynn were soon behind, until Rees continued his scoring streak aginst them to equalise at 1 – 1. That was the closest that Lynn were to be against Soham, as the league leaders pulled comfortably away and sealed a 12 – 2 victory

The second match for Lynn was against Sheffield. This proved to be a tight affair with both teams scoring and at half time it was 2 – 2. Lynn were to rue their missed chances in their first half, as Sheffield with a quick burst of three goals put Lynn on the backfoot. This killed off the Lynn team and conceding two more goals lost the match 7 – 2.

Our last match was against Ely, who were the tournament hosts. This was never going to be an easy match and some of the Ely players proved to be a little too aggressive in the match. Although we fell behind to two quick goals we were still in the match for a while. The obvious turning point was non awarded penalty that was blatantly obvious to everyone around and this took the wind out of Lynn’s sails when only a team foul and a hit outside the penalty box were awarded to Lynn. Failing to capitalise on this, the team grew weary in tiredness and interest and the Ely players seemed to score at will.

Thanks to all the players who made the effort to attend so we could play, as well as an extra big thanks to Jake who played his first tournament in over eighteen months