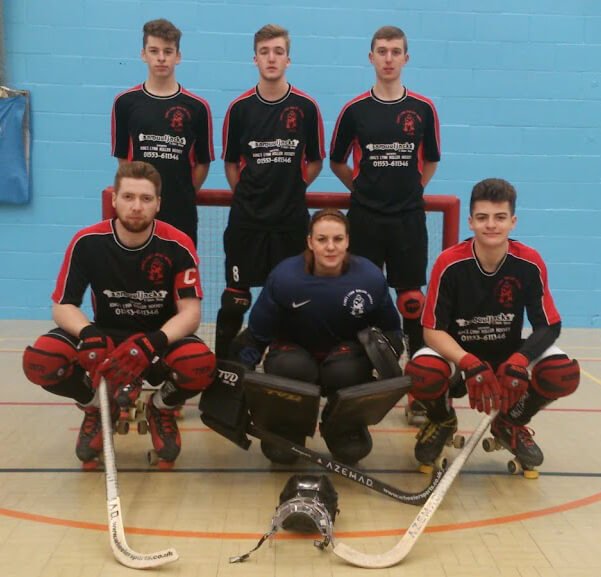 Kings Lynn’s first EC Division 1 tournament of the season began with a trip to Wymondham for Norwich RHC’s home tournament.

The first game of the season came against the tournament hosts Norwich.

In a well balanced game, both teams battled from start to finish, with many chances being created but unfortunately were not converted and the game soon calmed down.

It was Lynn who were to be first on the scoreboard with a long shot being deflected past the blinded Norwich goalkeeper. The game remained 1 – 0 for all but the final 30 seconds of the game. A slight piece of slack defending from a relatively routine free hit, resulted in Norwich finding their equaliser. A powerful finish past the travelling sides keeper who had previously saved two penalties in the game. Lynn were made to pay for their weak finishing and lack of creativity in front of goal in which they saw a penalty and two direct free hits go to the side of the goal.
Final Score: Norwich 1 – 1 King’s Lynn

Second game of the day came against an old rival in Peterborough RHC. The game started brightly for Lynn with a powerful long shot finding the net. Following the goal, Lynn’s dominance continued. More goals were added to the score without reply and Lynn soon found themselves in a commanding position at half time. The second half was a closely contested affair with both teams finding the net on a few occasions. After a slight spell of play where Lynn lost concentration the game was sealed with a solo effort.
Final Score King’s Lynn 6 – 4 Peterborough

The third and final game of the day came against a young Cottenham side which contained many of last year’s England youth teams. A blip in Lynn’s defence allowed the young side to break the defence down and score the opening goal of the game. Lynn soon settled down and found themselves level on the score through some good individual technique. This was followed with a couple of good team goals to take the score to 3 – 1 at half time to King’s Lynn.

The second half began in much the same fashion as the end of the first with Lynn dominating play and beginning to enjoy themselves. More team goals were created after some poor defending from Cottenham. The goals soon totalled up and the game finished 9 – 1 in favour of Kings Lynn.

A good start to the season for the EC Division one side, who will look to continue this form into their home tournament on the 8th March 2015.

Team on the Day:

Player of the Month: September 2015