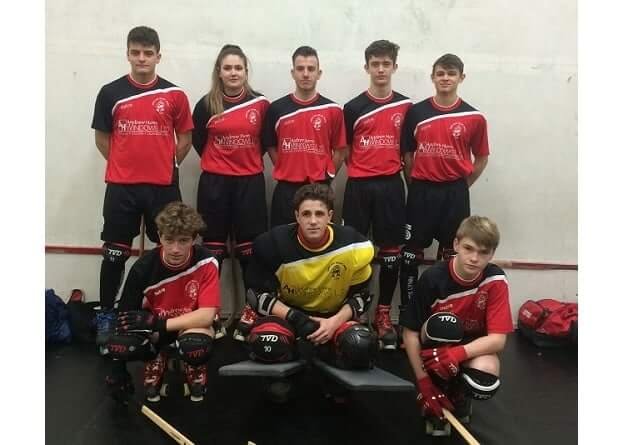 In their first game against the hosts, Lynn’s captain Matt Baker caught ECU sleeping at the beginning of the match to score after only seven seconds. After that flying start, some great defensive play from Millie Twidale and the youngest member of the team Finley Griffin managed to keep ECU chances to a minimum. Some all round good play helped the team to an 8 – 3 success and included young Finlay also managing to put himself on the score sheet.

In the team’s second match of the tournament, Lynn faced up against Colchester and goalkeeper Josh Roberts was in great form conceding a solitary goal. With four goals from Owen Norris and brace apiece from Ewan Cann and Matt Baker, the team compiled an 8 – 1 win.

The last match of the day was against Soham. In a tight first half, Kings Lynn went into the break 2 – 0 up courtesy of goals from Owen Norris & Ewan Cann. The second half saw more goals for the team with both Owen Norris & Josh Horn registering a brace while Cann went one better with a hat-trick. Matt Baker adding to the scoreline in another 8 – 1 win on the day.