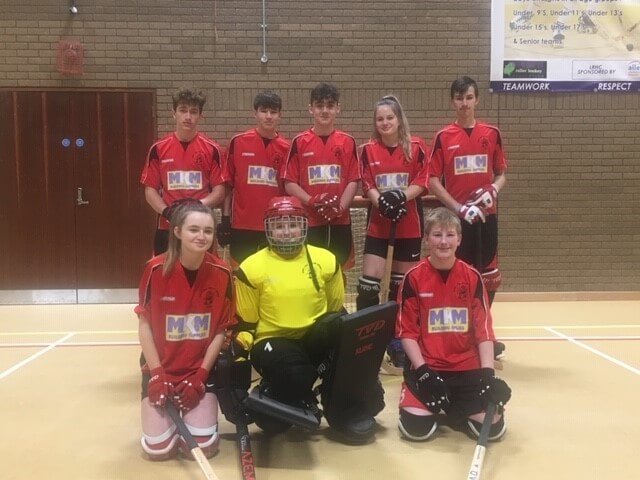 Kings Lynn under 17 team were away at Letchworth for a tournament against Letchworth, ECU Blue, ECU Gold and Cottenham (guest team) onSunday 25 November 2018.

First match against Cottenham was a friendly so Kings Lynn used this as a game for the new and old players to get to know each other. From the start the game was a tough and physical with both teams trying different moves to break the deadlock. But two quick goals in the first half were enough to but KL on the back foot and made then chase the game to the final whistle. KL only goal came from a classic short passer’s movement followed up by a good shot from Harvey Dugdale

The second game against Letchworth was as a great game from the start, with both teams attacking and defending well. KL went behind to an unlucky break but the whole team showed true grit and passion to win the game. New players to the u17 team,
Ria, Konner and Thomas played a big part in the team’s overall performance with five great goals three from joseph and one each for Harvey and Ethan.

The third match against ECU Gold was another entertaining game with KL controlling the game from the start. However, KL had to work hard to beat the outstanding ECU goalkeeper who was on top form as well as hitting the post and crossbar numerous times to keep the score down.  KL high on confidence from the last match were able break the deadlock in the second half with two great goals from Ethan.

Final match against ECU Blue was another entertaining game with both teams looking for the win. KL worked hard to try and break down a strong ECU team but were caught on the break to go one down at half time.

In the second half KL upped the pressure but were caught again on the break to go two down. Harvey was able to get a goal back to lift KL spirts and with only five minutes left on the clock KL were awarded a penalty, but Ethan was unable to score. With everyone from the KL team working hard tiredness crept in and ECU were able to kill the game off with their third goal.

Player of the tournament for KL was Kl U15 goalkeeper Imogen Senter who has come up to U17 team. She had an outstanding tournament showing great courage and shot stopping for her age.

Plus, a thank goes to MKM Building Supplies Ltd for their continued support