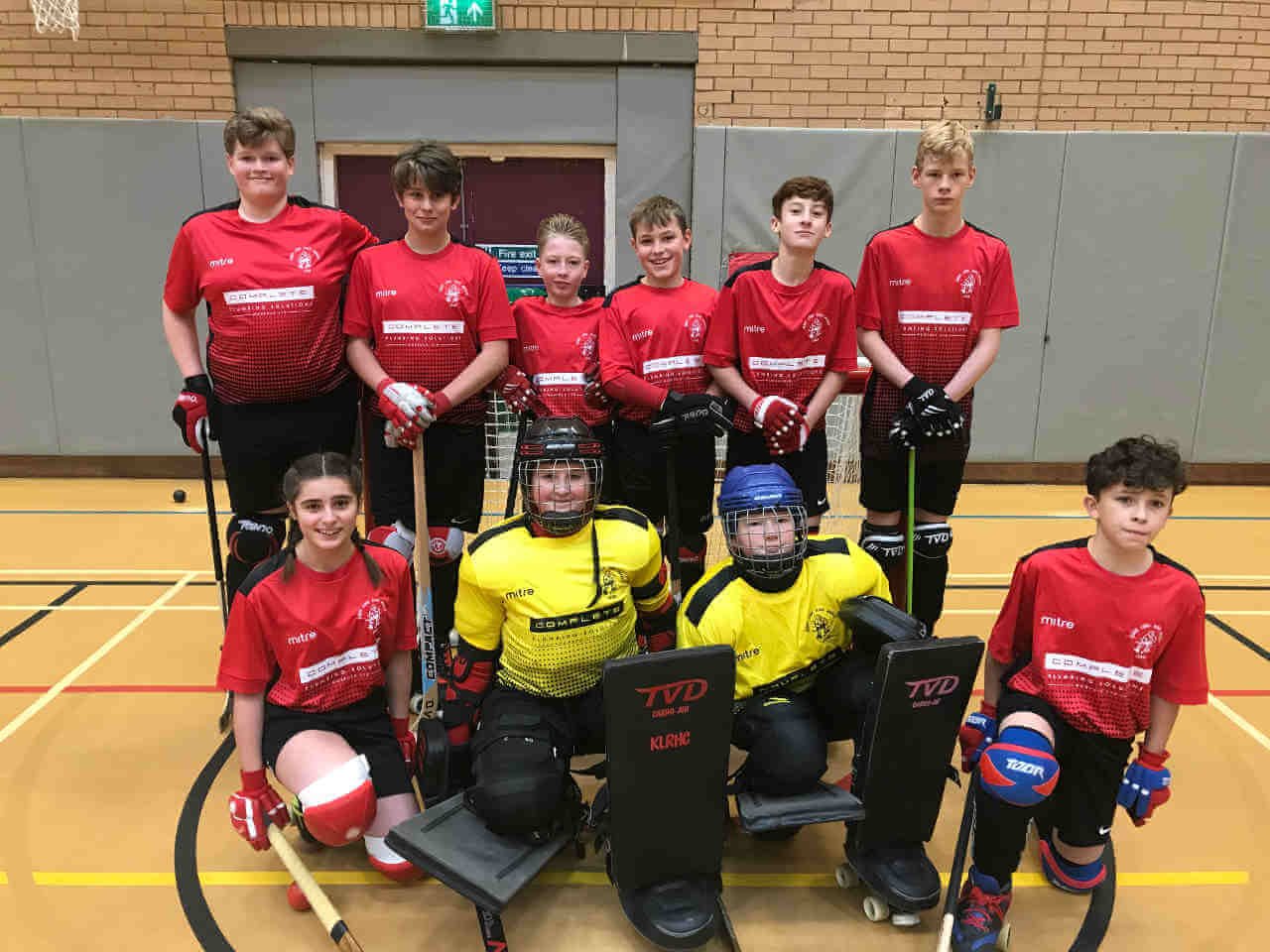 Kings Lynn’s third under 15s tournament of the season was at their home venue of Lynnsport Alive Leisure.  The team were up against Peterborough, Letchworth Whites, Ely and Chesterton United B and Skaters.

Fantastic teamwork in the second half then saw Alfie Poppy scoring two goals. Kings Lynn grew in confidence then scoring a third goal from Poppy Cooper. Kings Lynn carried on working well as a team with Harvey Blyler, Billy Davey, Taylor Mcaree all taking shots at the Peterborough goalie, whist Imogen Senter was on full guard and not letting Peterborough score.

The second game was against ECU B. King’s Lynn continued their strong team work during this game.

Will Dickerson and Billy Davey played strong in defence, whilst goal keeper Lacey Vincent, who was in goal in the first half, remained strong. Alfie Poppy© and Harvey Blyler played well at the front, giving Alfie Poppy the chance to score the first goal of the game and to give Kings Lynn a 1-0 lead at half time.

King’s Lynn goalkeeper Imogen Senter now in goal for the second half continued the strong display from the goalkeepers as ECU B battled well. However ECU sneakily managed to find back of the net.  Kings lynn continued to defend strongly and a good move Billy Davey and William Dickerson passing up to Alfie Poppy allowed him to score another two goals.

Third Game was against Letchworth Whites. With their confidence high after their two wins Kings Lynn were energetic to play Letchworth Whites. Goalkeeper Lacey Vincent remained in goal for whole game and made many cracking saves. Mikey Whitling and Billy Davey played strong in defence while Harvey Blyler and Alfie Poppy worked well skating up to the front resulting in Alfie Poppy scoring a hat-trick. In the last few minutes of the first half Letchworth Whites managed to get past the defence to score, meaning Lynn went int the break 3 – 1 up.

Soon into the second half of the game King’s Lynn were working hard and not making it easy for Letchworth Whites which saw Keiren Baker scoring a sneaky goal.

The game continued with the King’s Lynn team playing strong in defence and up front.

King’s Lynn fourth game was against Skaters. Goalkeepers were Imogen Senter for first half, Lacey Vincent in goal for second half.

The game against Skaters started fast and the team continued to show the fantastic form that had earned them three wins in their previous games. Taylor Mcaree scoring the first goal quickly into the first half. Taylor and Alfie played strong up front while Billy Davey and Mikey Whitling played strong in defence. Alfie Poppy found the back of the net against the skaters goalie two more times.

The game continued with great defence from Poppy Cooper, Mikey Whitling with Will Dickerson skating up front scoring the fourth goal, quickly followed by a fifth goal scored by Harvey Blyler.

In the second half Skaters still battled against King’s Lynn but couldn’t find the back of the net past the strong Kings Lynn defence and goal keeper Lacey Vincent.

Due to team fouls Kings Lynn hd the chance to take a direct against Skaters, Captain Alfie Poppy took the direct scoring a goal.

Skaters were awarded a direct due to team fouls but Kings Lynn’s goal keeper Lacey Vincent stayed strong and saved the direct.

In the last minute of the game Taylor Mcaree and Alfie Poppy played some nice passes which enabled Taylor Mcaree to score the team’s seventh goal.

King’s Lynn u15’s would like to thank Josh Taylor for coaching and all who came out to support them today.