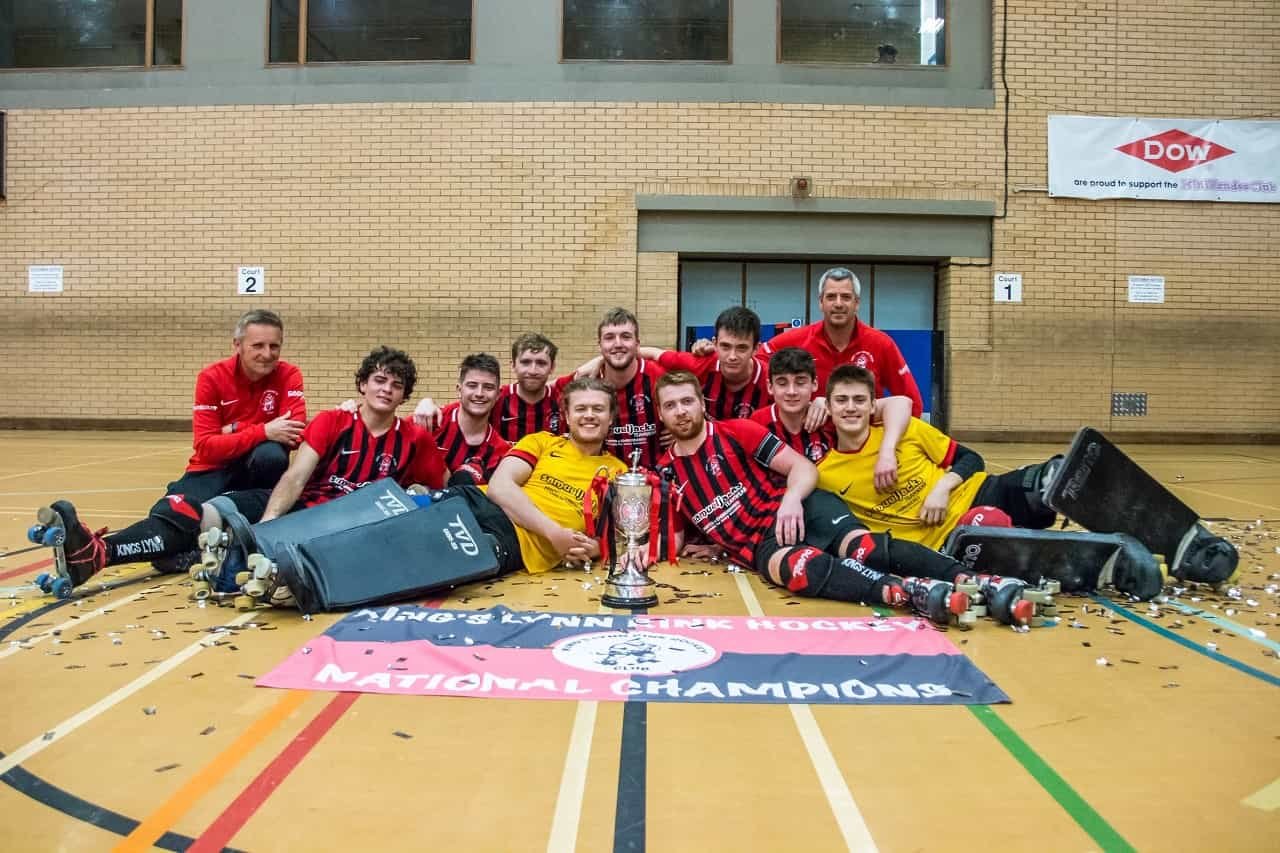 King’s Lynn concluded another glorious season with a confident 7 – 2 victory at home to Soham, their final league game of a season in which Lynn secured their fourth consecutive Premier League title. Lynn’s season has been injury-fraught, and the respective absences of Matt Baker, Jack Tucker, Owen Norris, and keeper Tom Allander threatened to derail their third consecutive title defence. Other teams may have faltered, but with Lynn’s strength in depth, they were able to pull together to see off the challenge of title rivals London and celebrate the trophy they secured with two games to spare, with an 11th, and final, win of the league campaign.

Lynn came into the game hungry after a subpar performance the week before away to Herne Bay United. Dropping points for only the third time this season in a 6 – 6 draw, Lynn knew they would have to improve if they were to see off local rivals, and last year’s National Cup conquerors, Soham. These contests always prove to be a feisty affair, and this was no exception: with a total of 9 goals, 3 blue cards, and 2 direct free hits, it reminded the legions watching from the sidelines just how entertaining rink hockey can be.

The game started well for Lynn, with an early goal the conclusion of a surging run forward from Ryan Barnes, who, finding space in the middle of the rink, swept a hard finish low past the Soham keeper. Barnes, who seems to save his goals for only the finest occasions, celebrated passionately, rallying the already raucous home support around a team for whom defeat feels alien.

Lynn kept up the pressure, controlling the pace of the game and restricting Soham to speculative efforts from distance, which Martin, in goal for his 9th league appearance since returning from hiatus, comfortably parried.

Lynn’s dynamic play earned them a second goal, Matt Baker finding space at the back post to convert his first of the game, before captain Josh Taylor scored a trademark slapshot, burying the ball high into the top corner. Taylor scored again to give Lynn a 4 – 0 lead, before a late tackle saw him collect a blue card and a two-minute suspension. Martin saved the resulting direct free hit, diving to his right to save from Soham’s Scott Neville, but with only three men on the rink, Lynn’s defence stuttered. Soham, camped outside the Lynn area, upset Lynn’s composure with some quick passing, and were rewarded with a far post finish their advantage made simple.

Lynn took their 4 – 1 advantage into half time, but it was Soham who began the second period the brighter side, undeterred by the three goal deficit. They pressed high up the rink, forcing errors from Lynn and making time on the ball a scarce commodity. Lynn defended confidently, continuing to restrict Soham’s space in the area, and were able to counter with a neat move around the goal that Baker finished at the near post. Soham responded with their second finish of the game, this time James Neville arriving in the centre to send a firm drive in off Martin’s extended arm.

The match, already a spectacle, became even more thrilling after Baker fell foul of the referee, receiving a blue card soon after his second goal for a reaching tackle from behind. Martin again saved the subsequent direct free hit, this time from Alex Jones, but unlike in the first period, Soham weren’t able to capitalise on their numerical advantage, not least because it quickly evaporated. Scott Neville picked up a blue card for a clash with Taylor, and with the contest momentarily a 3 v 3, he scored directly from the spot, converting another scorching slapshot into the top right hand corner. Procedural complaints from the goalkeeper failed to overturn the goal, and Soham, able to bring on a fourth man after conceding, couldn’t close the gap any further. Lynn continued to play with fluency and flair, and sealed the victory near the end with a plucky flick shot from the tenacious Josh Horn.

Although Lynn had secured the title two games previously, they nevertheless celebrated in style in front of a home support that never fails to inspire. Leagues of supporters lined the barriers, offering deafening congratulations to a team that continues to set the standard for English rink hockey. The boys posed for photos with the trophy, before, in the post-match speeches, thanking their support for creating a truly enviable home atmosphere. Josh Horn picked up Captain Vancouver Man of the Match, and in congratulating the team, he also called for the side to carry this momentum into the National Cup final, where Lynn will face Grimsby for a chance to win the coveted double, and redeem last year’s agonising penalty shootout defeat. Whether Lynn can pull off their only outstanding domestic achievement remains to be seen; based on this performance, however, they’ll be a force to be reckoned with.