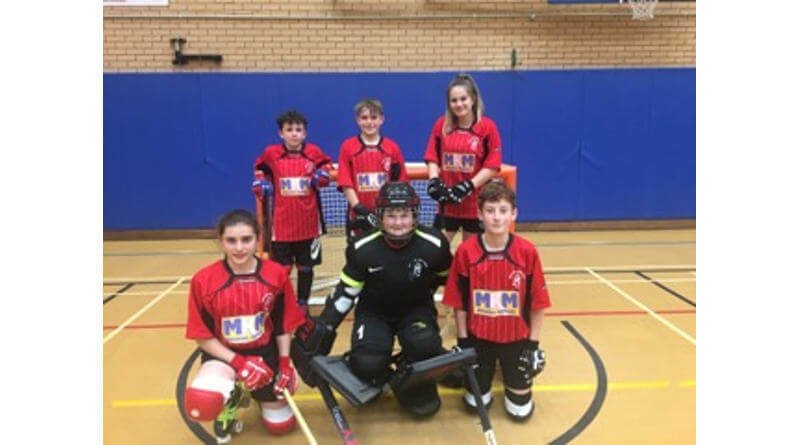 Kings Lynn v Peterborough
KLRHC U15s have shown to strengthen as a team in the closing games of the season. This was displayed during their final, home tournament.

The first game proved somewhat difficult. Poppy Cooper and Harvey Blyler put up a strong defence, against their opposition. Myah Easter and Alfie Poppy thrived to score, however Peterborough put up a great defence. Peterborough showed to play the stronger side and managed to score four goals before half time. Imogen Senter worked extremely hard to prevent any further goals.

During the second half, KLRHC struggled to win back the goals against Peterborough. William Dickerson and Poppy Cooper worked hard in defence, with Imogen Senter saving some cracking goals, however Peterborough managed to gain a further five goals.

King’s Lynn v Letchworth B
The second game proved to be, yet another difficult game. Up against Letchworth Blues, Kings Lynn struggled to battle against the team. Imogen Senter fought hard to defend numerous goals. Letchworth Blues proved to be the stronger side, taking a six goal lead during the first half.

The second half continued to prove difficult, with Letchworth Blues claiming a further seven goals.

King’s Lynn v Letchworth W
The third game was against Letchworth W. King’s Lynn worked well as a team. Letchworth W put up a strong defence. Within the first couple of minutes Alfie Poppy scored two goals. Imogen battled immensely, to prevent Letchworth W from scoring. Harvey Blyler and Myah Easter displayed some excellent passes, allowing William Dickerson to score. Kings Lynn managed to retain the lead during the final minutes for the first half, with Alfie Poppy scoring against the other side.

Kings Lynn v ECU Blue
Excellent final game played against ECU blues. Kings Lynn showed to put up a fantastic fight against their opposition. William Dickerson and Poppy Cooper worked well together to defend their side, throughout the game. Imogen Senter consistently blocked numerous goals from being obtained. Unfortunately, ECU Blues managed to take the lead in the final minutes of the first half, scoring two goals.

Yet again, Imogen Senter displayed a wonderful performance in goal. Myah Easter, Alfie Poppy and Harvey Blyler made some excellent passes in the second half, along with Poppy Cooper and William Dickerson. Unfortunately, ECU Blues proved to be the stronger side claiming a further three goals.

We would like to thank Josh Roberts for giving up his time to coach the team and for refereeing, during the tournament.

Thank you to all the parents for your kind generosity, in donating prizes to help towards fundraising for the club and also for the help displayed in organizing and time keeping.