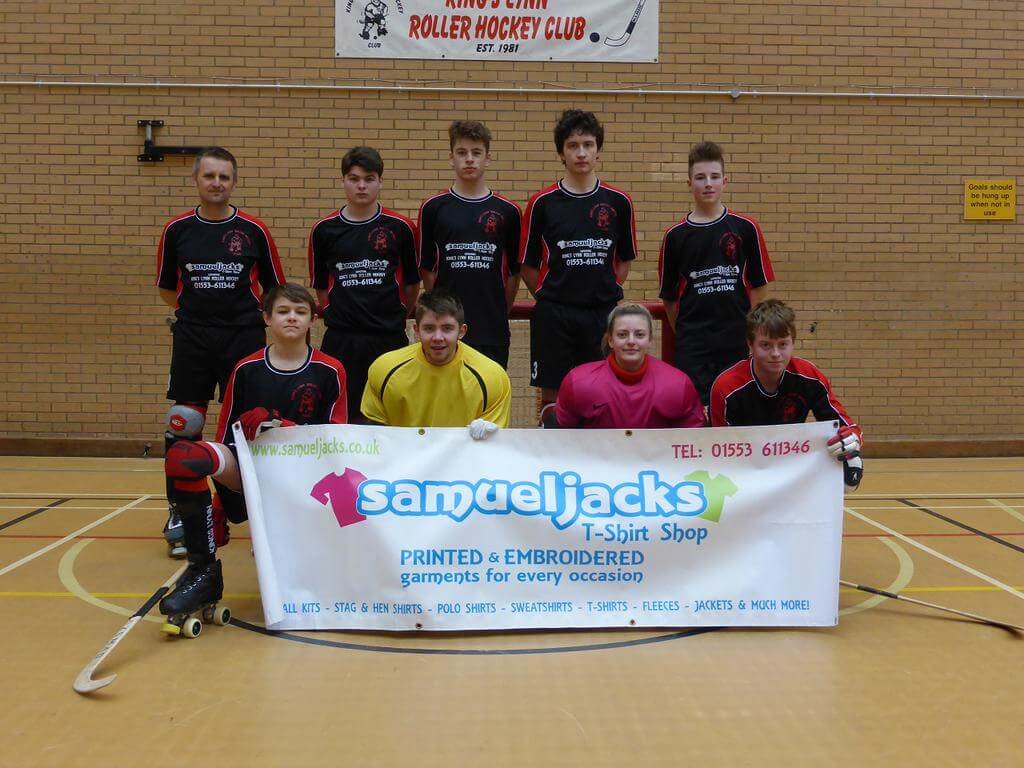 A promising start to our home National Division 1 tournament at Lynnsport saw King’s Lynn start strongly against the England Ladies team. In a nice clean game with no team fouls, by half time Lynn had a comfortable 5 – 0 lead. With Josh Webb in fine scoring form, Lynn were off to a flyer and he helped Lynn to a final winning score of 9 – 0 with goals scored by Josh Webb (6), Alex Hunn, Tom Barry & Jordan Shread

The good start and teamwork once again disappeared as in the previous tournament.

The second match of the tournament saw Lynn up against a strong Ely team and half time Lynn were 2 – 0 down. Lynn failed to rally in the second half and conceded four more goals to finally lose 6 – 0.

Next up were Maidstone, a team that had provided a stern test for Lynn at the last tournament. This time Lynn picked up their game again after some stern words from the coach after their last game against Ely. Starting strongly, Lynn took a comfortable 6 – 2 half time lead. The second half was a cracking display for the spectators with both teams going full on for goals. Lynn maintained their momentum eventually winning the game 11 – 6. Goals coming from Tom Barry (5), Josh Webb (3), Andy Horn, Owen Norris & Jordan Shread.

Last game was against the England Project 2015 team and Lynn again managed to pull out a poor performance just as they had against the same team last time. Disjointed and bad positioning allowed the project team easy chances as they led 4 – 1 at half time. Lynn were up against it now and needed a big effort in the second half. Unfortunately Lynn conceeded another four goals with only a single reply and finally lost 8 – 2. Lynn’s goals coming from Andy Horn & Josh Webb

Overall a poor performance from the team with some moments of sparkle. Lots of improvement needed before our next tournament in at Ely’s home tournament in May.

King’s Lynn Players off to Uruguay