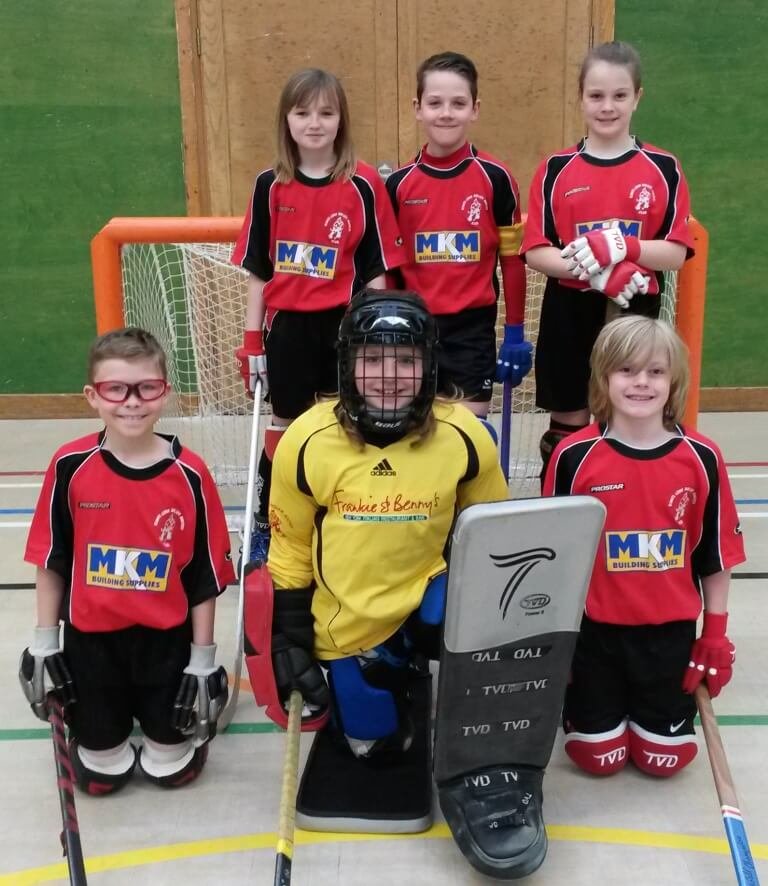 The last away tournament this season for the King’s Lynn U11s was at Cambridge on Sunday, 10th May.

Out of the three games played at this tournament, one was a friendly against Cambridge.

A game against Cottenham started the day for King’s Lynn. It was a hard game to warm up to and Cottenham won 7-3. Ria Griffin scored one of the goals during this match and Joshua Futter scored two.

The Cambridge match was a friendly and King’s Lynn won it 3 – 0 with Joshua scoring all three goals.  Joe Crawford was playing excellently at the Cambridge end with brilliant shots at their goal.

The day’s last match against Herne Bay was a tough one and King’s Lynn lost the game 8 – 2, with Joshua Futter scoring both the Lynn goals. Leena Futter was working hard in goal and Miles Hovell and Myer Easter were playing a super defence during the whole day.

Well done the U11s team for the hard work.

No Hockey on Good Friday