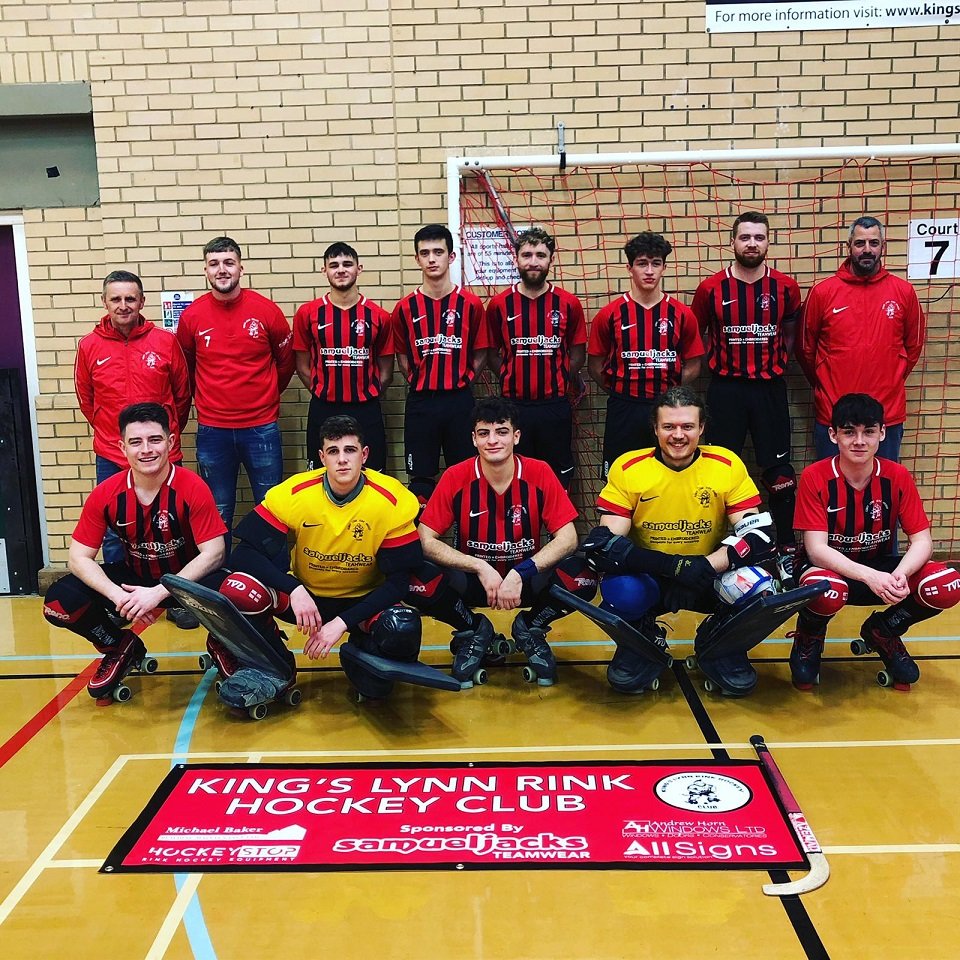 King’s Lynn defeated Premier League debutants Herne Bay in resounding fashion at the weekend, recording their highest ever scoreline in the top flight with an 18-2 victory.

Lynn pressed high from the off, denying Herne Bay time or space on the ball, and maintained their blistering intensity for much of the contest. Lynn had a virtual monopoly on possession, and exploited Herne Bay’s hesitancy in defence to convert a number of chances from the second phase of play; Baker, Taylor, Tucker and Norris were all able to find space in the box to slot home from close range, typically after a rebounded, mid-rink shot from Barnes.

There were a number of outstanding individual moments in the match, too many to exhaust; Taylor’s opener was exquisite, deftly controlling the ball mid-air before volleying into the top corner, as was his lift dribble after shimmying past the last man; Tucker, not to be outdone, also scored a lift dribble after finding himself through on goal, and special mention goes to Josh Horn for his first goal of the season with a surging back-post sprint that ended with a simple tap in, courtesy of Taylor’s delivery.

This was the perfect game, ultimately, for individual excellence, as Herne Bat sat off, played box, and, somewhat naively, allowed the champions free reign in attack. Two players recorded hattricks in Tucker (4) and Baker (5), and Taylor managed a double hattrick with an impressive tally of 7. Norris and Horn completed the scoring for Lynn, and this, although much of the story, isn’t all. Herne Bay found a couple of consolations to take home to Kent, the first after a retaken penalty that fortuitously rebounded off the back wall to set up a dribble at the far post, and the second a slapshot from a tight angle that nestled in the top corner.

Lynn were a young side once too (and still very much are), and matches like this emphasise the steep learning curve that all sides face when entering the top flight–Lynn included. Memories of bygone humblings didn’t stop the champions from improving their goal difference, however, and when Lynn return to Herne Bay in three weeks’ time, they’ll expect a repeat of the events here outlined.

In the meantime, they face local rivals Soham at home this weekend, and title contenders London away the weekend after. While complacency would be fatal, should Lynn win their next two, they’ll be in an excellent position to marshal the season toward another victorious conclusion.