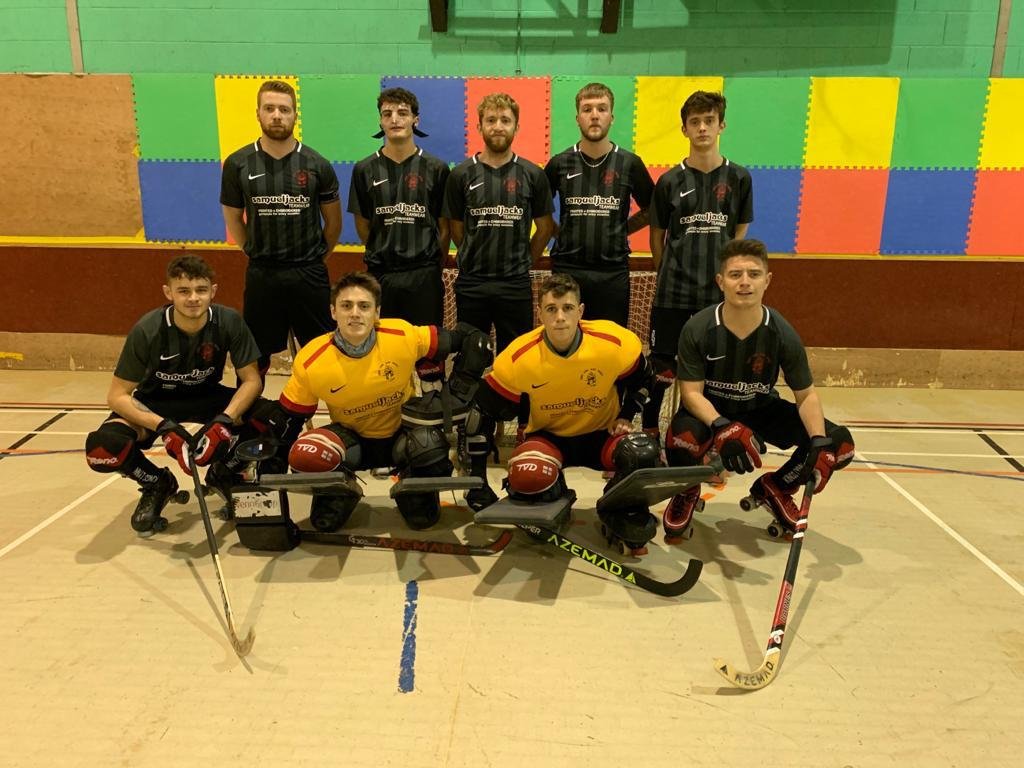 Lynn defeated Manchester on their travels
in the sixth gameweek of the English Premier League, maintaining their position at the top of the table.
Lynn began the game sharply, setting a tone that largely persisted throughout this routine victory for the four-time champions.

Lynn hogged possession, letting the ball do the work as they patiently waited for holes to appear in the Manchester defence. With just five minutes played, Matthew Baker opened the scoring with a searching flick that found a home in the corner of the net.

When off the ball, Lynn pressed the opposition, forcing them wide and restricting their attempts at goal to rushed efforts from distance. Bar a few lapses of concentration, all of which were confidently saved by Tom Allander in goal, Manchester had little to challenge Lynn’s defence, or stifle their attack.

Josh Taylor doubled Lynn’s lead with ten minutes played, latching on to a pinpoint pass to tap in at the far post, while Jamie Griffin, just moments after coming on, set Baker up for Lynn’s third, sprinting down the left flank before delivering a cross-rink sitter.

As the first half progressed, Manchester spent more time on the ball, Lynn happy to play on the counter, but failed to convert their possession into chances of note.

This said, Manchester did force a penalty toward the end of the first half, after an infraction by Joshua Horn, but they were unable to convert, Allander stopping the floor-bound effort before diving low to his left to extinguish any extant threat.

Lynn, meanwhile, continued to pepper the yellow and black net, and were soon after awarded a direct free hit for Manchester’s 10th team foul, with Jack Tucker stepping up to bamboozle the Manchester keeper with a dexterous lift dribble the likes of which are rarely observed in the English Premier League.

After a Manchester hook brought down Horn, this time on the receiving end of foul play, Tucker found himself once again standing over the free hit spot. This time his lift dribble, taken from left to right, missed the target, but Lynn, with their man advantage, comfortably saw their 0 – 4 lead into half time.

Lynn burst out of the gates in the second half, Horn finding space in the box to flick his first goal of the season high into the back of the net.

Moments later, Lynn received their third direct of the game which, despite Taylor’s best efforts, was firmly blocked by the Manchester keeper.

With Lynn cruising atop their five-goal advantage, a lackadaisical tackle from
Jamie Griffin offered Manchester an opportunity to open their account from the direct spot, which they duly converted with an accurate long-range flick.

Following this, play degenerated somewhat into a formless up-and-down scramble, as occasionally occurs in Lynn’s second halves, which, of note, only managed to produce Lynn’s 10th team foul. The Manchester player, retaking his earlier direct, attempted the same strategy, only this time sending his flick off target. Attacking the rebound, however, Joshua Roberts, in for Allander midway through the second half, was judged to have tripped the Mancunian, whose resulting penalty found the back of the net, and gave the bees some hope of stealing a point from the champions.

This was only enhanced when Jamie Griffin, preferring the bench to the rink, clattered into an opposition player to receive his second blue card of the game and gift Manchester a third direct. Changing tack, he this time attempted a dribble through the sealed legs of Roberts, who cleared to safety and averted Lynn fears of a last-ditch comeback.

Lynn saw out the power play unscathed, before spending the final few minutes in Manchester’s half, counting down the seconds to their fifth victory of the campaign thus far.

Lynn next face Peterborough away in the Premier League, commencing at 17:30 on Saturday 14th December at Bushfield Leisure Centre.