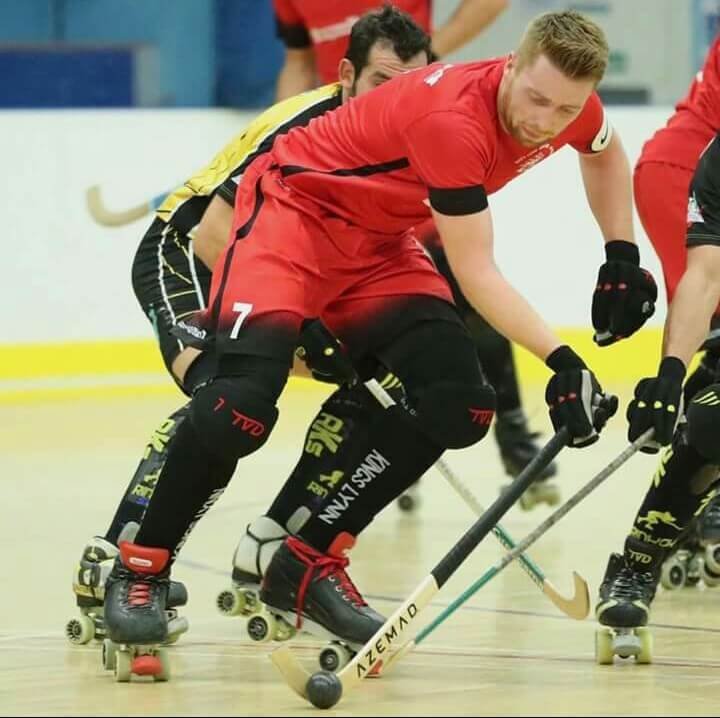 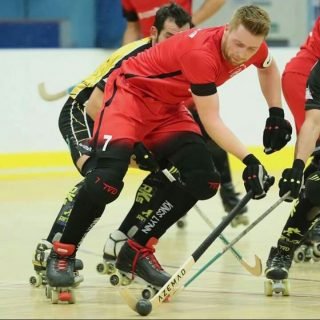 The game started slowly for Lynn as they struggled to get into the game having been away from home in recent weeks. Despite this they were first on the score sheet after some clever play from Matt Baker who assisted Michael Carter to finish into an open net. Shortly after, Grimsby then equalised. The initial penalty was well saved by Will Martin in the home goal only for the rebound to fall nicely for the Grimsby captain to finish neatly. Lynn reacted with another goal, this time through Josh Taylor with a slap shot into the top corner of the net. Once again Lynn were pegged back. This time a penalty was converted at the first time of asking. The home side re-grouped and introduced Sergio Hutson into the game for the first time since his return to the club. Within minutes Sergio had a goal to his name as he clinically deflected a shot from distance passed the watching away goalkeeper. Grimsby again equalised but with only two seconds left on the clock Jamie Griffin skilfully found the net with a well-timed volley to give Lynn the lead heading into the break.

Into the second half and Lynn enjoyed their best spell of possession. With this Grimsby became frustrated and gave away numerous team fouls before reaching ten fouls to give Kings Lynn a direct free hit. The free hit was converted after Josh Taylor rounded the goalkeeper to find the net. Grimsby, who were now trailing by two goals, were not about to give up and pulled a goal back quickly. They soon followed with a direct free hit of their own after the hosts also reached ten team fouls to bring the game back to level terms.

With the game now evenly poised it was anyone’s for the taking. Both sides exchanging numerous counter attacks and giving everything they had to take the lead in the final minutes of the game. It was Kings Lynn who was to find the break through with Josh Taylor finding space around the goal to finish into the net, much to the jubilation of those supporters in attendance. Lynn then ran the clock down to take an important win against a strong Grimsby side.

A great game from a neutral point of view however a nervy game for all players involved.

Many thanks to our sponsors SamuelJacks T-Shirt Shop and Carter Engineering Supplies for the ongoing support of the team who were both in attendance to cheer the side to victory.

Thanks also must go to the timekeepers and everyone who made the effort to come along to Lynnsport and support the team.