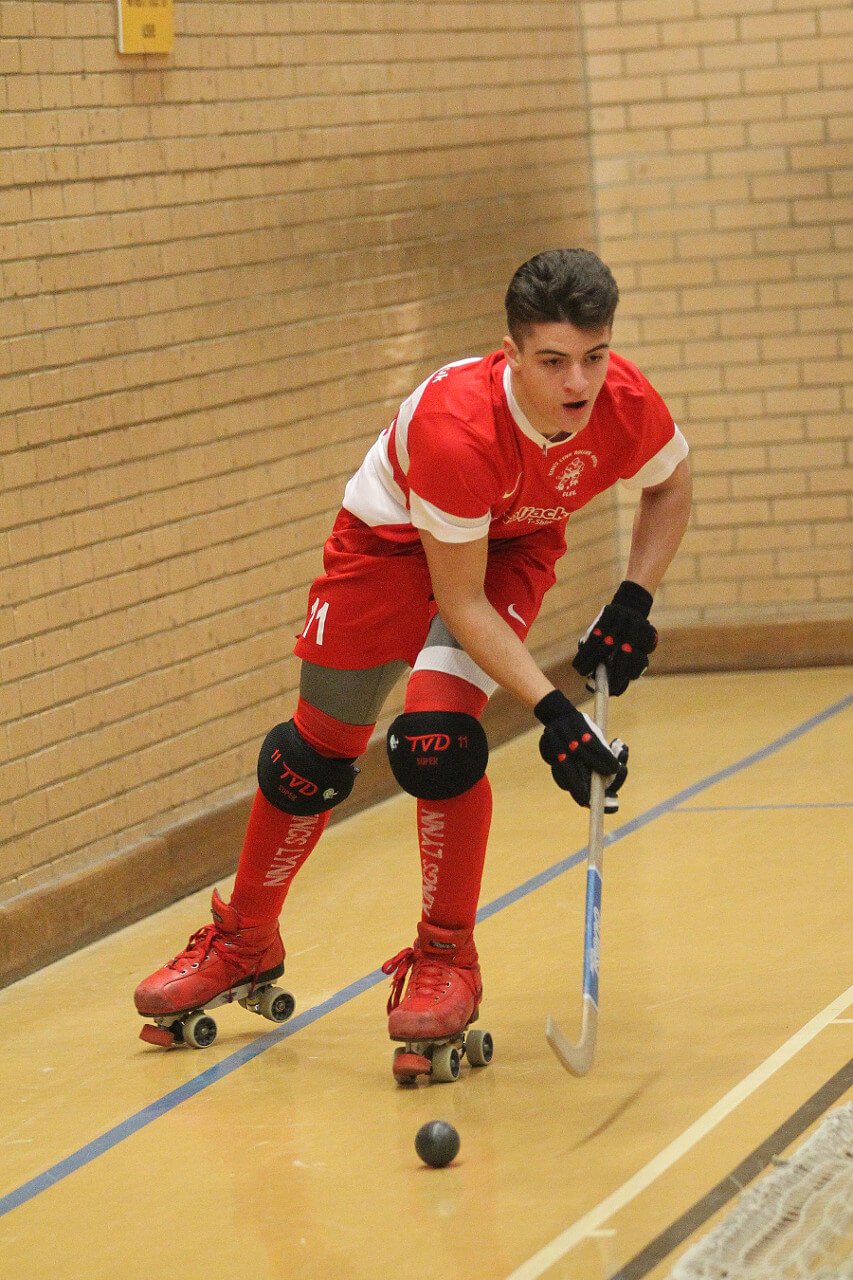 On Saturday 21st May, the Premier League side faced Soham RHC who have been pulling off some impressive results against big opposition heading into the final few games. There was a lot riding on this game and it wasn’t to disappoint.

Lynn couldn’t have got off to a worse start – conceding an early goal through miscommunication allowed Soham to find the net inside the first couple of minutes. Following a brief end to end passage in play an equaliser soon arrived. In similar fashion to the hosts goal, Josh Taylor found the net to make it 1 – 1. For much of the first half,  the play was even and there was very little to choose between the sides who headed into the half time break at 1-1.

With the second half now even more important and both sides knowing they needed to win the match the game was a lot more open.

It was Soham who were first on the board again through a scrappy goal and then Lynn shortly equalised again this time through Michael Carter. It was at this point that the Soham side began to grow into the confidence that they’d obviously shown against other sides. First a goal coming from a tight angle and then a direct free hit following shortly after to give the home side a two goal lead going into the final ten minutes. Lynn now had to re-group and get their act together quickly in order to get anything out of the game.

Now dominating the possession stats, Lynn sensed a goal was coming and it wasn’t long before Sam Kay reduced Soham’s lead to a single goal. At this point the travelling side pushed and pushed to grab an equaliser and got their reward with four minutes to play. A counter attack leaving Josh Taylor to get his second of the game.

Lynn continued to push at this point to get the win however it wasn’t to be and the game ended in a draw which was a fair result given how both teams had played the game.

Although a draw wasn’t the ideal result for either side, the title race is still well and truly in the balance. Both sides will be keeping an eye on other results coming in over the next few weeks.

A special thanks must go to the Kings Lynn RHC support who travelled in numbers to give the game another edge.

The next fixture is a home fixture against Halifax RHC.

Many thanks to our sponsors SamuelJacks T-Shirt Shop and Carter Engineering Supplies for the ongoing support of the team.