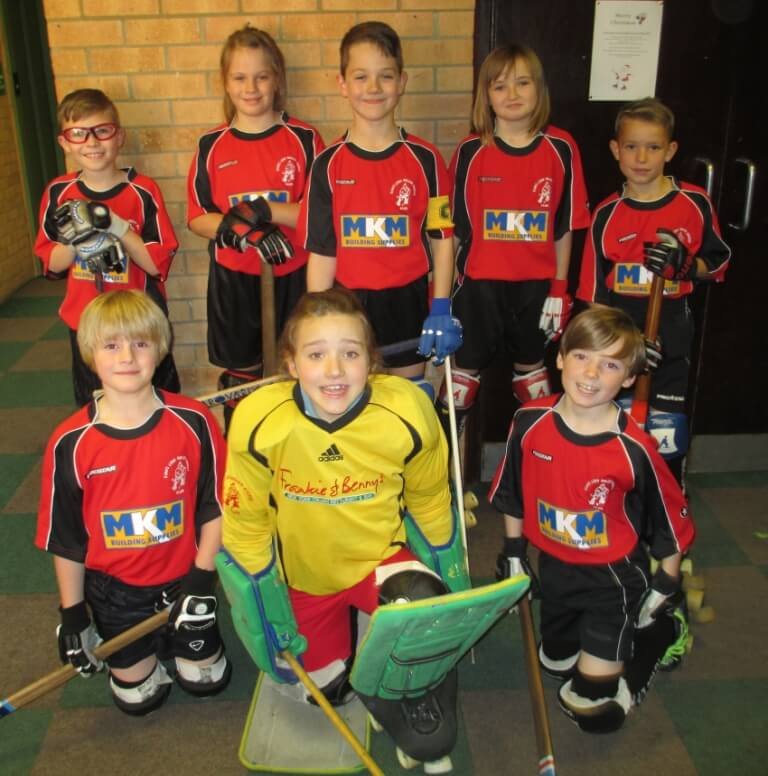 The Kings Lynn Roller Hockey Club had a full team presence at the under 11s tournament in Soham on Saturday 25th October.

The team only had 3 games, but all of them required full effort, so it was good that the whole team was there.

The first game against Letchworth was lost 2 – 0. It wasn’t  an easy win for Letchworthbecause the team was finding their confidence and picking up their speed.  Myer Easter played excellent defence  whilst Leena Futter was in goal.

The team’s second game against Peterborough was a 4 – 2 win for King’s Lynn, with Ria Griffin scoring three goals and Joshua Futter scoring the other goal. The team was playing much better together with Keaton Vincent and Joe Crawford playing a tight game in defence keeping the attacking team at bay.

Whilst Miles played an excellent game on the field, he made his debut in goal for the last game against Ely. This was also Alfie Poppy’s debut at tournament games. Again after a battle Kings Lynn lost 3 – 1 to Ely with Joshua Futter scoring the goal.

All in all the young team played well and gave each opponent team a run for the money.
The team would like to thank MKM for their continued support!