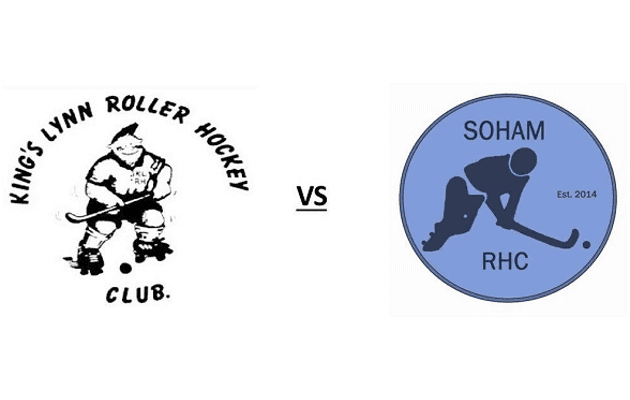 Kings Lynn RHC Premier League team took to the rink for the first time in 2018 against local rivals Soham RHC.

The game started brightly for the hosts in front of the gathered crowd and they were rewarded for their early domination with a goal from Michael Carter, who picked out the top corner with a fierce shot. Soham almost pegged back Lynn shortly after, however Tom Allander kept them at bay in the early encounters.

Kings Lynn soon had a second and again Michael Carter had found the net. Deflecting a shot from distance past the watching away goalkeeper. The encouraging display continued with Matt Baker grabbing his first of the game with a neat wrap around effort shortly followed by his second of the match from close range. The hosts were in real control and once again added to the scoreboard. Michael Carter getting his third and Lynn’s fifth with a blistering shot to put more misery on the Soham team before the break.

Into the second half and Soham came out with nothing to lose. Pressuring from the outset hampered Lynn’s game a little bit but they still manage to hold the majority of possession. Despite gifting Soham two goals from slack defending Lynn managed to add two more goals of their own. The first coming from a training ground move with a three man breakaway being converted by Josh Taylor and the second from Matt Baker after holding off countless tackles from the Soham defence. Lynn had chances to further extend their lead but it wasn’t to be however with the score line already 7 – 2 the game was all but over.

Overall a positive performance from Lynn who maintain their unbeaten start to the season. A dominant display from all the team in the first half opened up a big enough gap to hold off Soham’s pressure in the second half.

Thanks also to those who turned out in numbers to support the side on the evening.