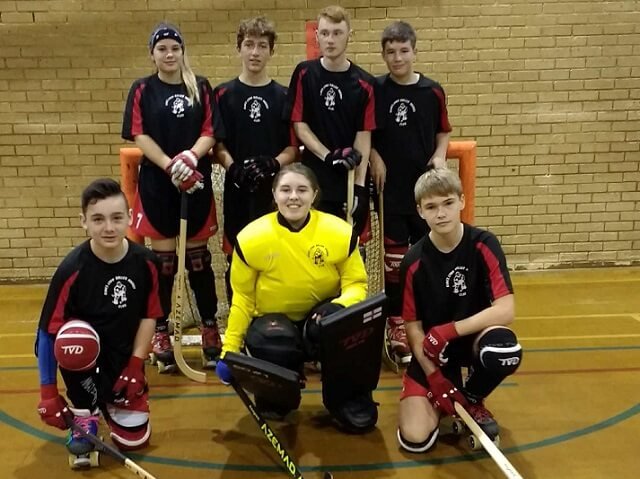 With only four outfield players and no substitutes, (the King’s Lynn C Team were missing Callum & Myah), the ECRHA Division 2 tournament was always going to be tough going.

A a sluggish start saw the team go down 9 – 4 to Norwich, but putting this behind them the team picked themselves up brilliantly to totally outplay and outclass Letchworth 9 – 0.

The last game against E.C.U was evenly matched. Lynn were 2 – 0 up at the break but E.C.U always looked dangerous and they pulled a goal back with a ferocious shot from distance. The youngsters continued to play with confidence and added another themselves to regain their two goal cushion. Though they were tired and under constant threat from the opposition, the team kept their cool to add another goal with some excellent teamwork. E.C.U added one themselves, however the youngsters saw the game out to complete a 4 – 2 victory

Dates for your Diary