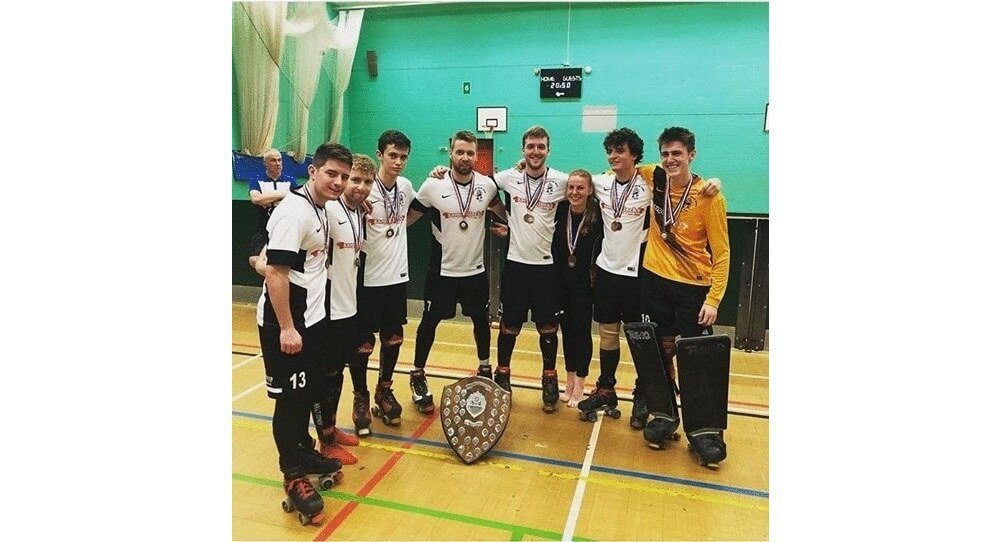 On the back of another successful league season which saw Lynn take the Eastern Counties Division 1 title, Kings Lynn entered into the ECRHA KO Cup. After seeing off Soham in the Semi Final earlier in the year they faced off against the league runners up Ely & Chesterton Utd in the final.

Lynn began the game very much on the front foot and dominated the early possession stats only for ECU to be the team to draw first blood. A shot from distance caught the Lynn defence sleeping. However, Lynn were soon level with Matt Baker catching the ECU keeper off guard with a wrap-around and then shortly after Lynn took the lead again scoring through Matt Baker. ECU responded well and upped their tempo in an attempt to break Lynn down. They were soon rewarded with not only one goal but two to restore their advantage as half time approached. Having been in full control of the match Lynn now found themselves a goal down but reacted positively and Ryan Barnes levelled the match to continue his rich goalscoring form with a flick shot passed the watching keeper.

The second half was very much all Kings Lynn who used their strength in numbers to control the half. Lynn were awarded a penalty 5 minutes into the second half with Josh Taylor slotting the ball home. With something to hold onto Lynn got into their usual passing and movement game but were almost caught out only for Tom Allander to deny ECU their equaliser. A timeout was called and KL soon regrouped to give themselves an opportunity to settle down and get their rhythm back. This was the turning point in the game with Josh Taylor adding another two goals to give Lynn a healthy 6 – 3 lead heading into the final stages of the match. With ECU now tiring and with there now being more space on the rink, Lynn were given the time to keep playing and added another goal through Matt Baker to complete the scoring and give Lynn the Eastern Counties League and Cup Double.

A huge well done to all involved in the EC1 side this year and thanks to Samueljacks T-shirt Shop for the continued sponsorship.