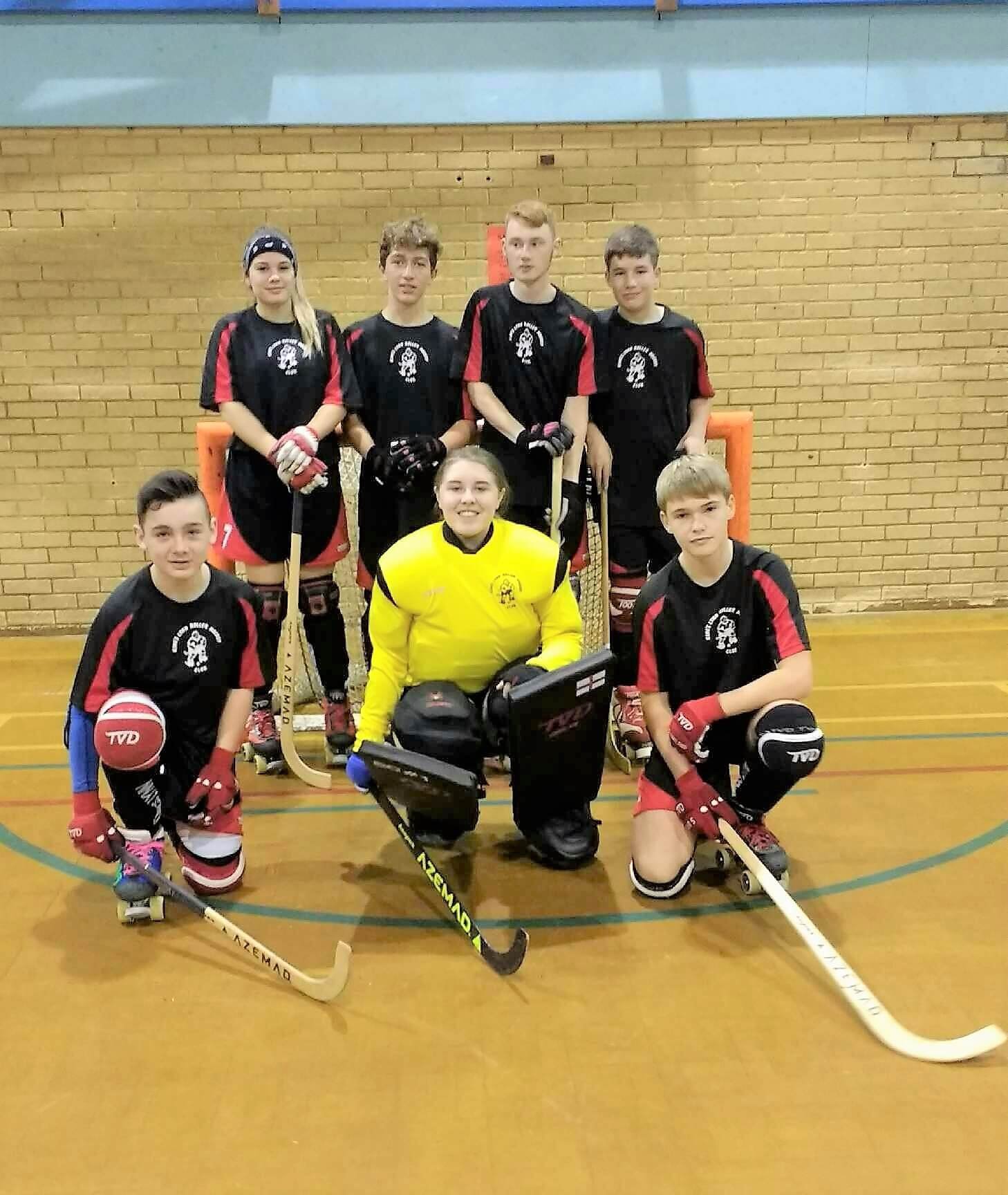 ECRHA League Division 2. The first game of the day was against Cambridge and it was a very close encounter. The first half ended 1 – 1 thanks to Joseph scoring our only goal.  In the second half, Harvey scored the winner to take the game 2 – 1.

Our second game was against Letchworth and Lynn took the early advantage, going into the interval 4 – 1 up, with goals from Harvey, Ethan (2) and Finley.  Second half, Joseph and Ethan added one more each to make final score 6 – 3 to Kings Lynn.

An excellent tournament from the C team.  Three ins out of three keeps them within a shout of snatching the title, depending on other results.

Well done to all of you.

Kings Lynn C hold their home tournament on 1st July, so if you can, why not come along and support the team.