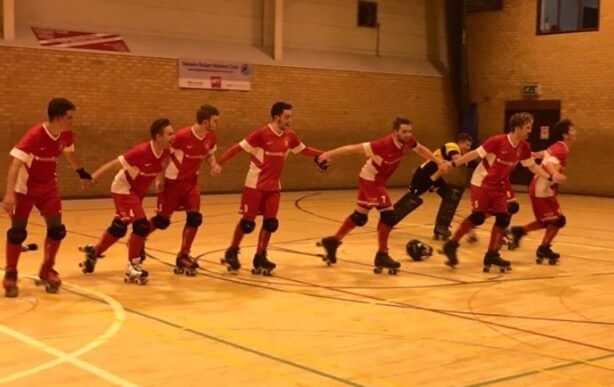 On Saturday 11th June Kings Lynn RHC travelled away to Bury RHC for their final Premier League match of the season, knowing that a win would see them crowned English Premier League Champions. With this thought in mind the travelling support arrived in numbers. 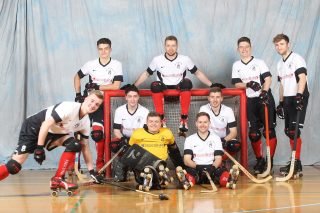 The game couldn’t have got off to a worse start for the travelling side.

First of all they found themselves 1 – 0 down within the first three minutes of the game. To add to the misery of the first goal a second shortly followed just a couple of minutes after. It was clear to see that the Lynn side were nervous in the first few exchanges and had paid the ultimate price for this.

After regrouping and slowly getting into a rhythm Lynn dominated the possession stats and they soon got the reward they’d been searching for. Josh Taylor cleverly lifting the ball between two players to volley into the net. Despite seeing more of the ball and plenty of chances at both ends the score remained 2 – 1 to the hosts going into the half time break.

The second half was played in a similar way to the first with Lynn seeing plenty of the ball and creating chance after chance. Lynn pressed for the equaliser and they didn’t have to wait long.

This time Jack Tucker receiving a pass out of the air, taking a touch and clinically slotting the ball passed the watching goalkeeper. Following the goal Lynn knew they needed to continue to press to find further goals and once again much to the delight of the travelling support a third goal was converted to give the side a lead for the first time in the game. Sam Kay was the goal scorer on this occasion with a deflected volley flying past the goalkeeper into the top corner.

Now with a lead and the title within their grasp a timeout was called to settle the nerves. Still knowing they didn’t need to change the game plan Lynn pressed Bury at every possible point and they were soon celebrating for a fourth time in the match. Ryan Barnes found the net from the narrowest of angles to send the team and all the support mad going into the final seven minutes of the game. Now with a two goal lead and looking set to go on to claim the victory Lynn were put on the back foot. Bury were pressing hard to get themselves back into the game with shots flying in from all over the rink. On this occasion they had no such luck as Will Martin pulled off some top saves to deny them. 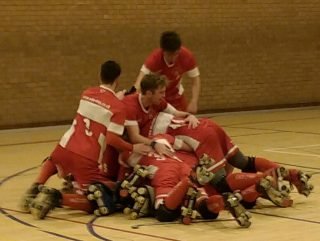 At the final whistle it was jubilation all around. Players all jumping for joy and the crowd expressing their delight in full voice. A massive achievement for everyone involved on what was to be a day to go down in the club’s history as Kings Lynn RHC won the English Premier League Title for the first time since forming 35 years ago. 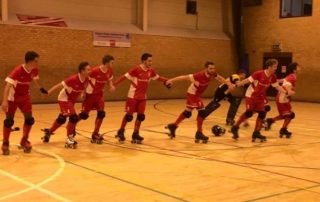 A massive thank you must go to our supporters who have been ever present in all games this season. The noise produced has made the win even better and the team couldn’t have achieved what they have done without everyone involved.

Another big thank you must go to our sponsors SamuelJacks T-Shirt Shop and Carter Engineering Supplies for the ongoing support of the team and for everything they have provided for the team  over the course of the season.