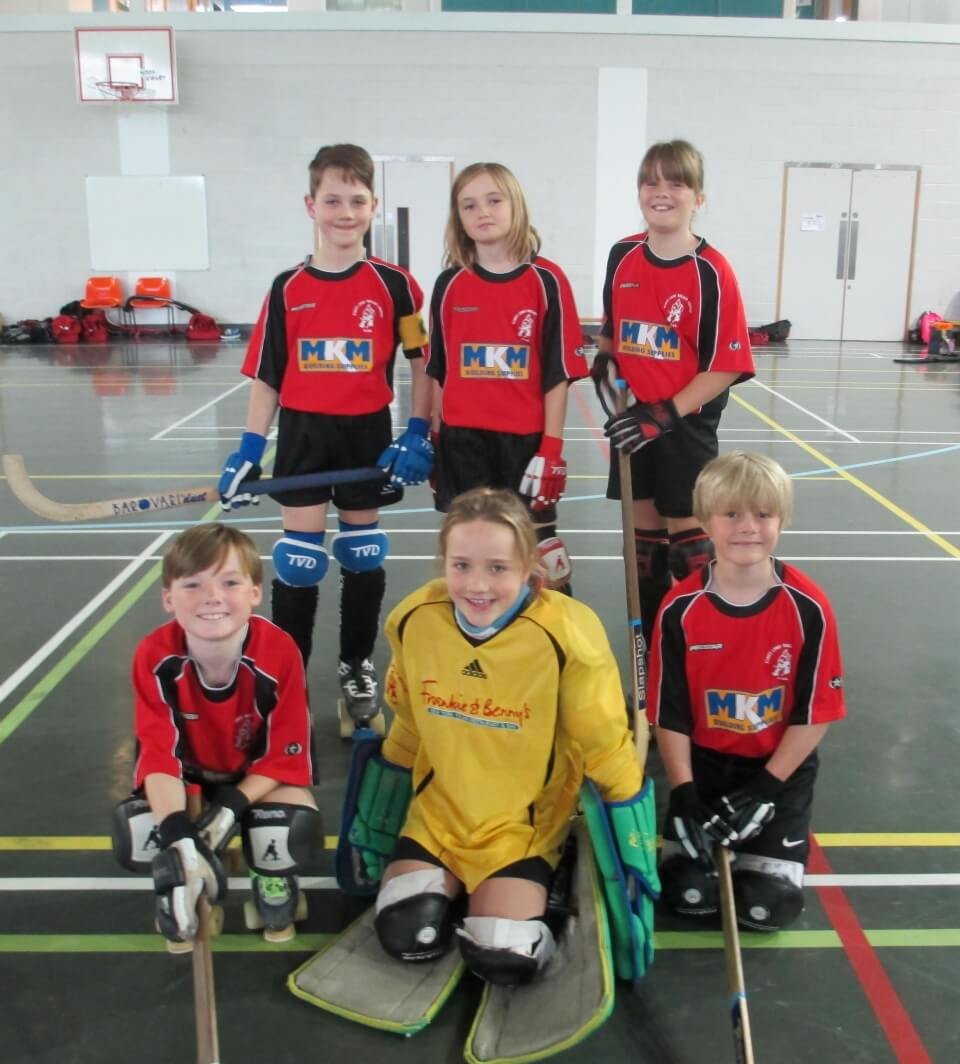 This season, the u11s have plunged into it straight away with their first tournament at Rickmansworth and with only one training session behind them. The team didn’t let that hold them back. They all played well and even with an unfamiliar rink and one of the youngest teams in the league, they weren’t an easy opponent to the other teams.

The start of the tournament proved difficult against Herne Bay and though the team lost 7 – 1, it made them pull their resources together and find their positions for the next couple of games. Myah and Keaton playing an excellent defending role protecting the team’s new goal keeper, Leena. The goal in the first game was scored by Joshua.

As the tournament progressed the team started to pull together more and more. Their second game against Peterborough was won by a single goal, 4 – 5. Ria scoring three of the goals and Joshua the other two. Keaton and Miles played a good mid rink game catching the ball and breaking through Peterborough’s defence.

The last game against Rickmansworth was a breeze. The team won with a 6 – 0 scoreline. Myah scoring one of the goals and Joshua then other five. Ria and Miles were on the ball constantly with Keaton right there with them. Leena also made it through her first ever penalty shoot out.

All in all a good start for the season.