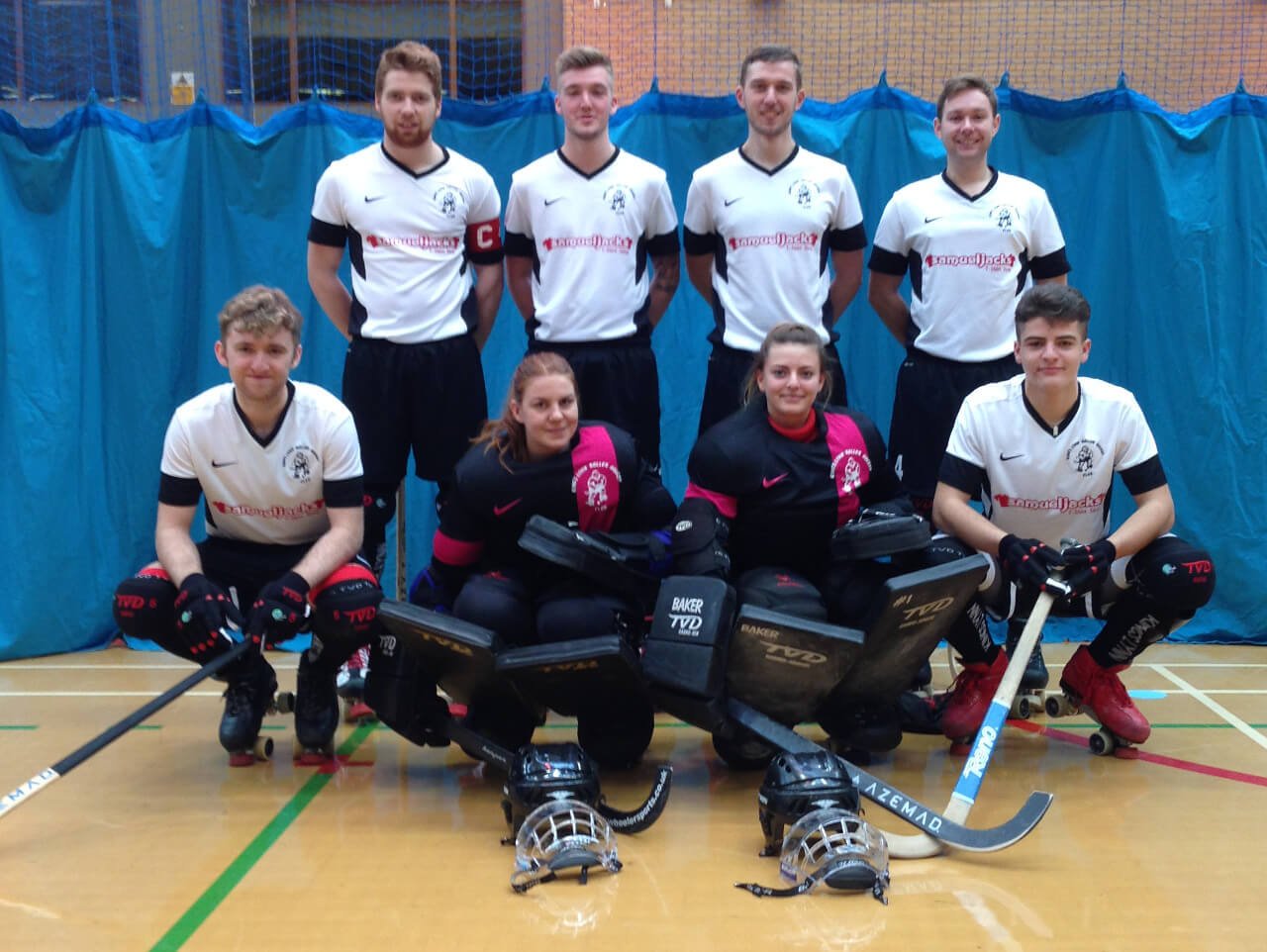 The division 1 team took to the rink for their second EC division one tournament of the season. Playing at Lynnsport Lynn were looking to capitalise on having home advantage.

The first game was against Bury St Edmunds who alongside Lynn were looking to keep themselves well in the title race. On this occasion a thoroughly professional performance from the home side saw them control the game from start to finish and end up with a solid win.

The second and third games of the day came against Letchworth A & B. Though both sides were threatening the home side’s goal early on in the game, it was Lynn’s experience that shone through to see them take control of both of the games. The youthfulness of the Letchworth B was clear to be seen by all and they were certainly in the mood for a frantic game. Despite Lynn’s control the visitors were clinical in front of goal and frustrated the defence of the home side on many occasions.

The fourth and final game of the day came against Colchester. Lynn had to adapt their style of play in this game because of the tactics being used by the travelling side. The game started brightly with 4 goals coming within the first 5 of the first whistle in favour of Lynn. The game from this point onwards was very steady and the goals came after long spells of possession.

Overall a very good day for King’s Lynn who will be looking to build on these performances in the remaining tournaments. The league is wide open this season with many teams well in the hunt for the league title.

Team on the day:

No Roller Hockey On Good Friday