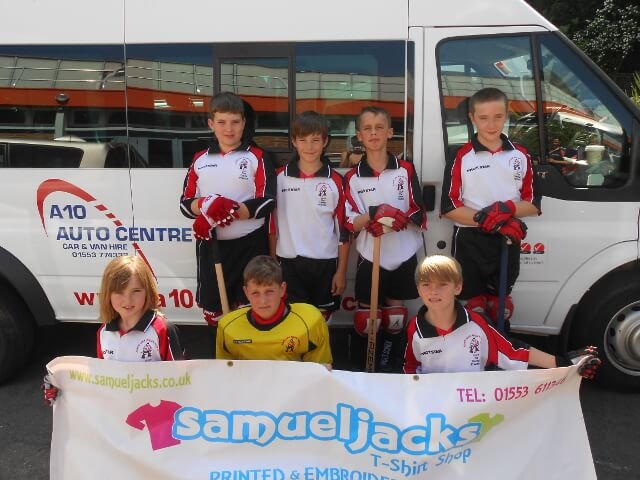 King’s Lynn Minors played some of the best hockey any under 13’s team has played all season, as they swept aside the French team from Fontenay in their 1st game on Saturday. Their passing and movement was excellent and with some great teamwork, thrashed their opponents 10 – 0.

A win in our 2nd game later in the day would see our youngsters in the semi-final on Sunday morning. This time we started slowly, struggling to find a break through. Lynn always looked in control with the defence working hard and some great goalkeeping from Josh Roberts. Before the break Ryan managed to pinch a couple of goals, only for La Garnache to add one of their own. With Ethan adding another in the 2nd half Lynn finished the game, winning 3 – 1.

The semi final against a very good Sevran team and was tough going. However our youngsters were determined to make it to the final and eventually came through 2 – 0.

As with the Seniors, we found ourselves up against Dusseldorf in the final, which proved to be our hardest game yet.

We really had to work hard to breach their defence but after much determination we managed to take the lead. Unfortunately with only just three minutes left on the clock, we conceded only our second goal from open play of the tournament. We threw everything at the Germans to try and find the winner but the game finished 1 – 1, taking it to penalties. After five penalties each, it was still level which meant sudden death. After missing our next one, Dusseldorf scored and with it took the game.

Our youngsters were all gutted.

However, they couldn’t have tried harder and should be very proud of themselves for finishing runners up in such heat!

It really was a fantastic weekend, with excellent support from the parents and the atmosphere was great.

The whole team would also like to thank our sponsors, Janis Baker (organiser), as well as Michael Baker and Zak Robinson for their help. Big thanks to Jason Shread for sharing the driving.