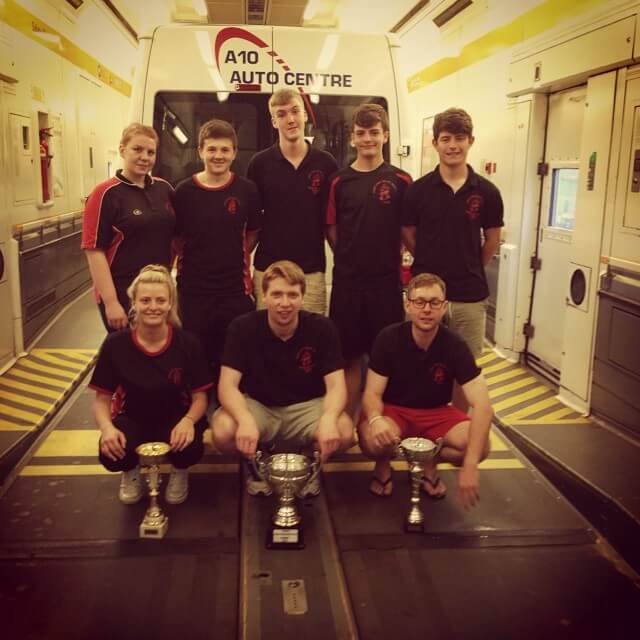 The 2014 Roubaix tournament, truly was one of the most amazing hockey weekends I have ever been a part of.

Playing in searing heat inside the rink, Lynn seniors won all their four games with one of the high points being the top Saturday evening game against the home team Roubaix A.

Battling against what seemed like everything, Lynn trailed for most of the game until just two minutes from time when Lynn managed to move into the lead. We managed to win the match and the heavy support we received from the other teams at the tournament, helped the players when it mattered!

After beating the Dutch team Marathon, Lynn were through to the final and again had to focus and lift themselves to face a quality Dusseldorf team who had convincingly beaten Roubaix in the semis.

We conceded early but hung on until our timeout with five minutes to go. The plan was to pressure on three minutes then leave a player up rink. We managed to score with three minutes left on the clock and then with no further goals it was down to penalties. There is something very unnerving when you say that it’s penalties against the Germans!

We missed the first penalty and they scored, and the pressure was on and we were thinking here we go….

After Dusseldorf scored that initial penalty, Kasia then saved everything after that and Josh scored to level, before Sam scored the winner, jubilation!

The team spirit, belief, never say die attitude and trust in each other without doubt was the reason the team achieved what they did and the whole squad should be proud of themselves.

Kat won best senior goalkeeper of the tournament and the squad would like to thank Michael for his part in everything over the weekend as well as the sponsors and organisers.