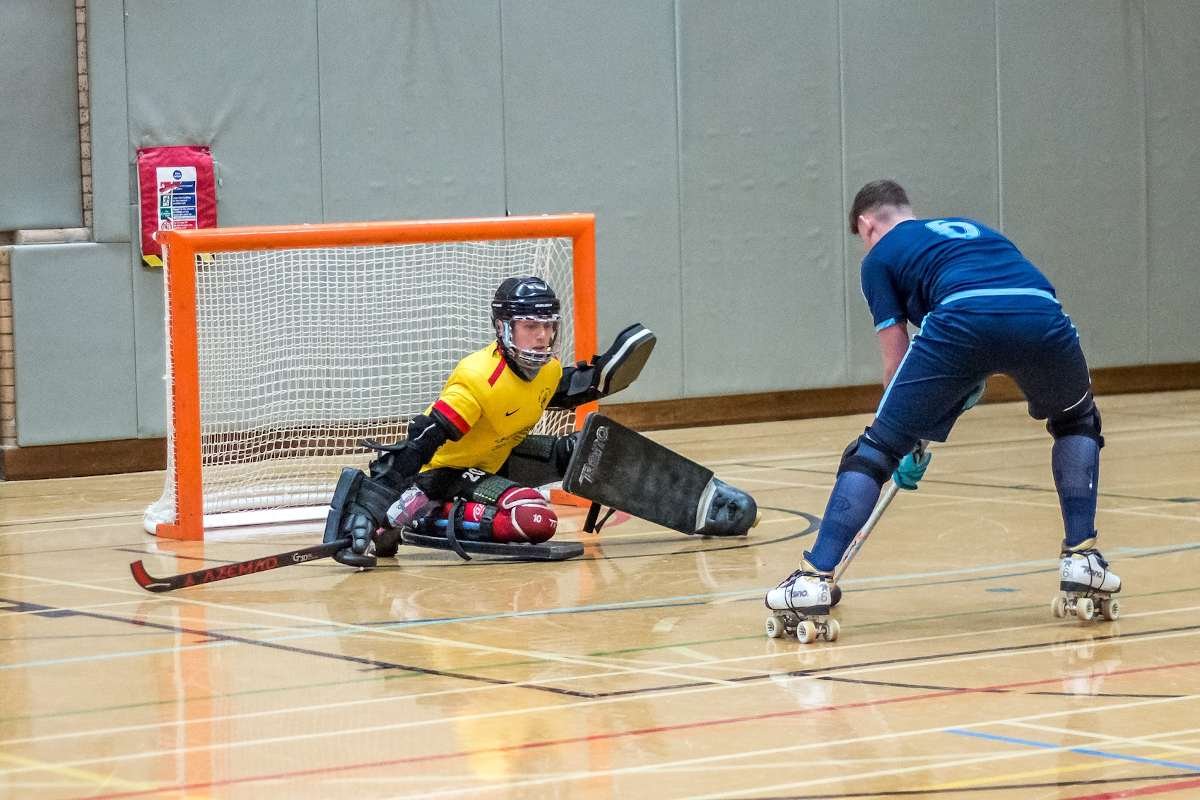 King’s Lynn won their ninth in ten games this season, beating a tough Soham outfit 6 – 3 at Lynnsport on Saturday.

In front of a buoyant home support, Ryan Barnes opened the scoring for Lynn with a surging cross-rink dash that finished with a convincing finish into the side netting.

Lynn went two up after Josh Taylor scored a similar effort, beating the keeper low to his left with a forehand slapshot.

Soham brought themselves back into the game after a Lynn error gifted them space just outside the area to rifle a shot in off the crossbar, however Lynn reestablished their two-goal lead when Jack Tucker converted from close range after some clever build up play from the boys in red.

Soham again hampered Lynn’s momentum with a slap that found the net after a Lynn deflection, but only for a matter of seconds as Josh Horn scored his second in two from the restart with a low drive from distance.

After the break, Lynn scored a couple in quick succession to take the game from

their opponents. First, Taylor scored his second from the direct spot with a slap down the middle, before he completed his hattrick with a backhand slap that found the top left.

Lynn went down to three toward the end of the contest after a rarely enforced infraction saw Barnes handed a blue card for stepping on the rink marginally too early during a substitution. Soham hit the post on the resulting direct, and with their man advantage, were able to get their third with a clinical far post finish.