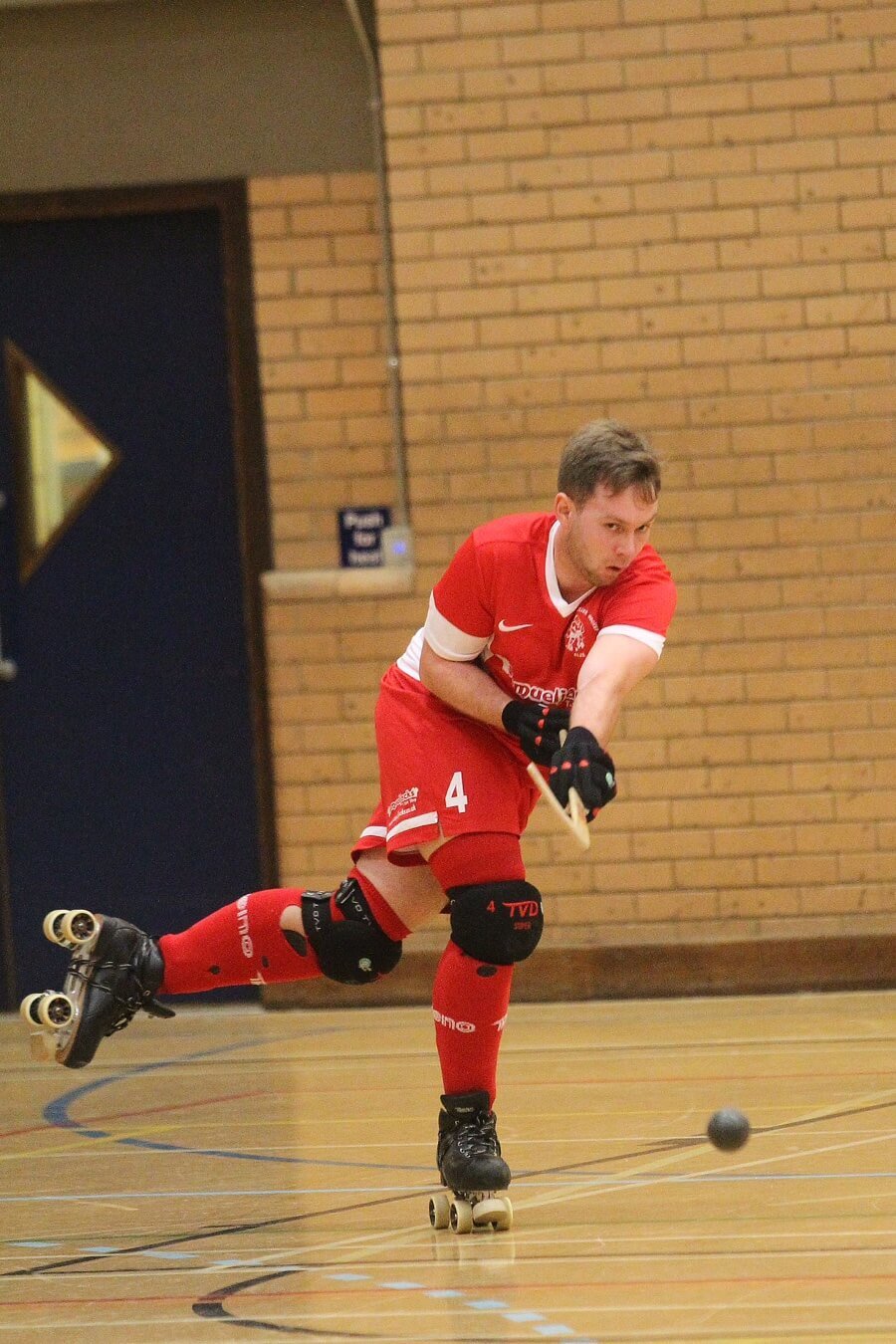 On Saturday 16th April Kings Lynn took to the road in their latest premier league outing, this time Grimsby RHC the opponents in what promised to be an exciting encounter. 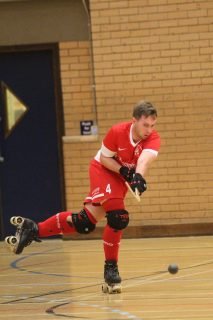 The game started evenly and both sides knew they needed to do everything they could to come away with all three points. With little over five minutes on the clock, the travelling side took a chance and broke through the middle to take a 1 – 0 lead. The second came shortly after a mistake from Grimsby’s defence. With a 2 – 0 lead and seemingly going about their business nicely, a 3rd goal soon followed. Josh Taylor grabbed his hat-trick with just over twelve minutes gone in the game through a powerful drive.

With a three goal lead, nerves set in for the Lynn side for no apparent reason. A quick fire double from Grimsby put them straight back into the game and then they were soon level after a blip in the Kings Lynn defence. The score line now being 3 – 3 meant both sides calmed down and played out the game until half time.

Into the second half and it was the home side quickest after the restart, dominating possession and it wasn’t long before they had their noses in front for the first time in the game.

At 4 – 3 down and beginning to lose their way slightly in the game, Lynn needed to re-group to get themselves back onto level terms. A quick counter attack from Matt Baker was the answer to finding an equaliser after breaking at speed round the outside to finish in the top corner. The travelling side now began to get back into their groove and after some patient build up play the ball fell in front of goal for Taylor to again finish to regain the lead with fifteen minutes still to play. Grimsby weren’t about to go down without a fight and quickly replied to make it 5 – 5. Again another mistake in the defence of Lynn allowed the Grimsby side to glide through and finish well to give the hosts a 6 – 5 lead with just over five minutes to play.

Lynn battled hard and drew a 10th team foul to give themselves another opportunity to level the game from the direct free hit spot. Taylor stepped up and despite the free hit being well saved, the rebound was well despatched to give Taylor his 5th of the game and to make the score 6 – 6, setting up an exciting finish.

Both sides now giving everything they had to try and nick the game, unfortunately it was Grimsby who found the net with possibly the weakest effort on goal all game that eluded all the travelling defence including the goalkeeper. Throwing everything at Grimsby, the away side even removed the goalkeeper from the game to give an extra player on rink,  a way through couldn’t be found and Grimsby took a hard fought win.

Having travelled the distance and to lose the game in such a way It was a hard result to take for both the players and coaches. Lynn now needs to regroup and come out fighting in the remainder of the season.