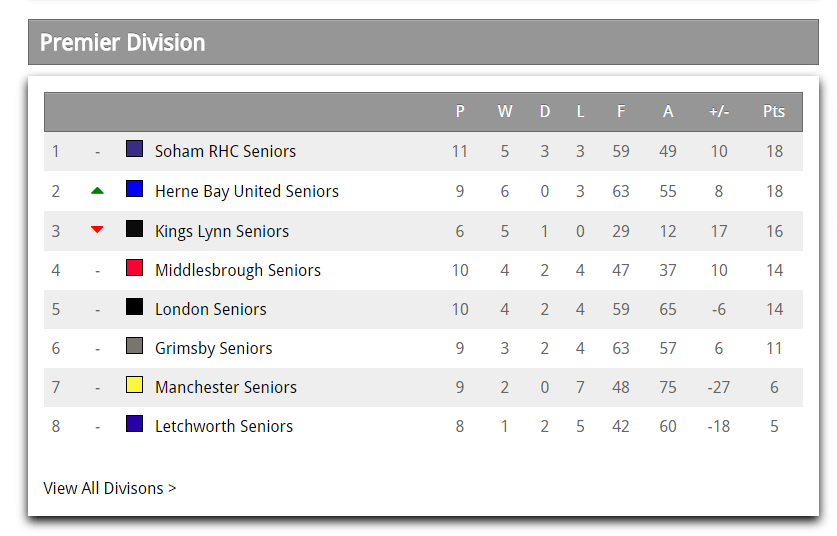 On Saturday 11th March King’s Lynn RHC took to the road to take on Middlesbrough RHC in their latest Premier league match. With Lynn having never beaten the hosts in the league since joining it was sure to be an interesting match.

Both sides started the game cautiously and were keen to hold possession wherever possible to create clear cut chances rather than shooting from all over the rink. With this, the game was bound to be low scoring.

Much to the delight of the travelling side it was King’s Lynn who was first on the score sheet. Sam Kay was hassling the defence of Middlesbrough in front of their own goal and found the net cleverly from a rebound. Following the goal, Lynn enjoyed a spell of good possession and came close to doubling their lead however it was the hosts who were next to find the net after a mix up in the Lynn defence.

With the game back on level terms both sides resorted back to the possession game and King’s Lynn were unlucky to have a goal disallowed just before the half time break.

Into the second half and the hosts were looking to take advantage early forcing Lynn into making an untimed challenge resulting in a blue card. Will Martin in the Lynn goal saved the direct free hit that was to follow and the Lynn players battled hard to keep the score level despite only having three players on the rink for the two minute power play. Middlesbrough was then unlucky to have a goal of their own disallowed before the match opened up in to an end to end encounter. With both sides pushing for the winning goal, King’s Lynn were once again denied the lead after another goal was disallowed. Both sides were creating chances to win the game however it wasn’t to be and the game ran out as a low scoring  1- 1 draw.

An important point for both sides who will be looking to press on in their upcoming games.

Next up for Kings Lynn on 25th March is a home game against Herne Bay United,  who are enjoying a good run of form.

Captain Vancouver Man of the Match: Will Martin