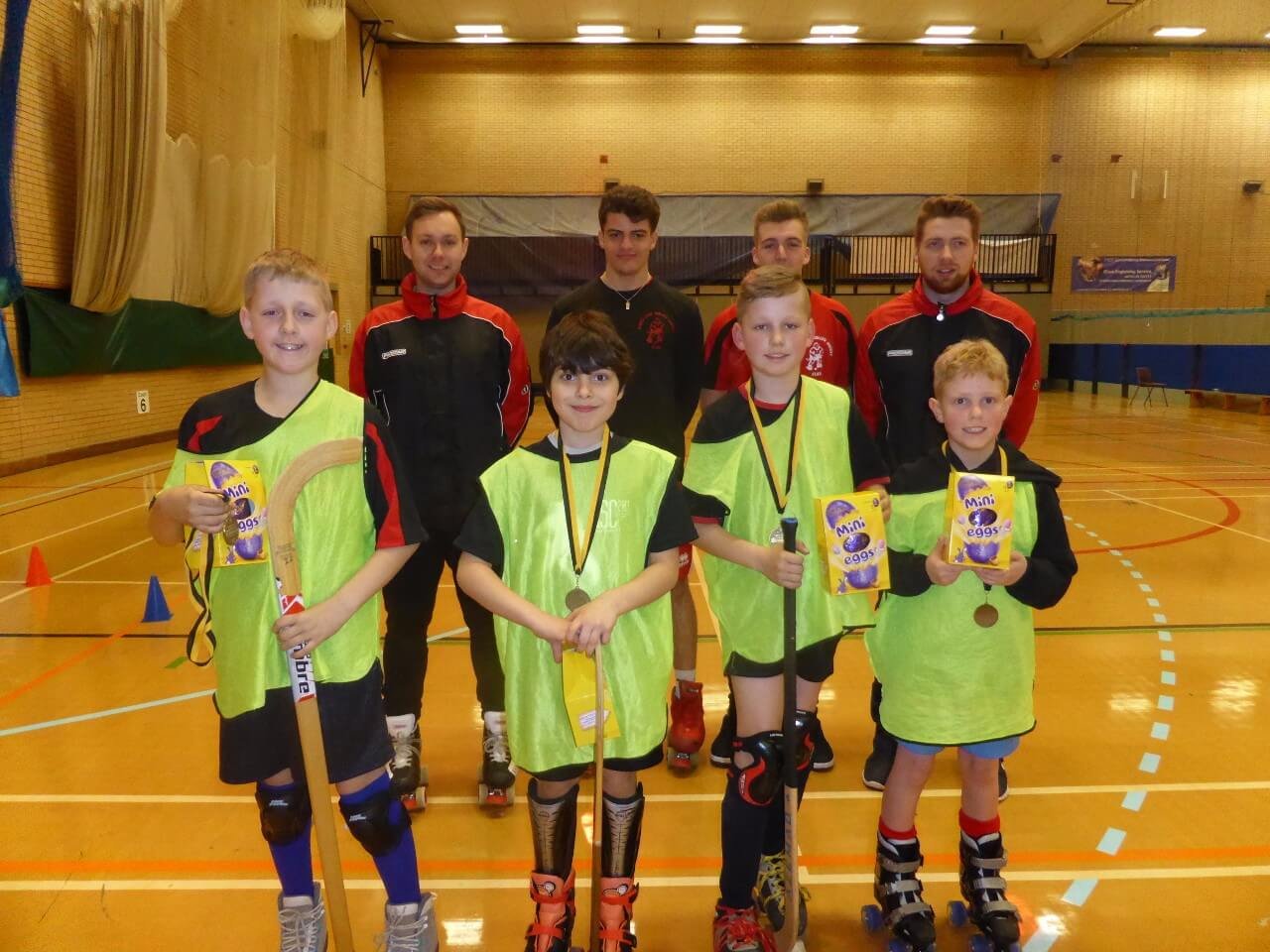 The coaches organised an Easter tournament for the Level 1 players.

The players were divided into teams and they played a round robin tournament, each team playing twice.

Thanks goes to the voluntary coaches for organising the tournament