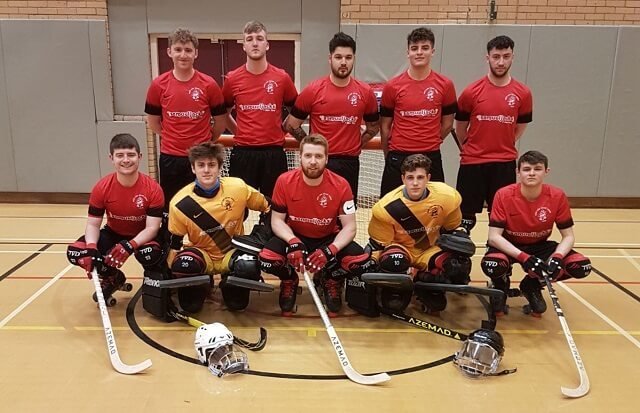 On Saturday 24th March Kings Lynn RHC played their most recent fixture in the premier league knowing a win would move them to within touching distance of retaining the Premier League title. The challengers on this occasion were London RHC who have been enjoying a successful second season in the league.

The game started with both sides having a fair share of the possession and the clear cut chances were hard to come by. London were first on the score sheet after some poor defending from Lynn around their own goal however this was soon cancelled out after Michael Carter coolly dispatched a direct free hit to level the game back up. Lynn had the majority of the ball from this point and were working the travelling side’s GK at every opportunity. Their hard work soon paid off when Jamie Griffin tried his luck from distance and profited from the keeper being unsighted to give Lynn a deserved lead going into the half time break.

The second half began with London quickly trying to get themselves back into the match. Chances came at both ends but neither team could find the back of the net. Midway through the half Josh Taylor found space mid rink to try a long range effort and find the net to give Lynn a two goal cushion going into the final ten minutes of play. London began to press and were rewarded after a moment of miscommunication in the Lynn defence left an away team player, time and space to find the net to set up an interesting final few minutes of play. Lynn, using their possession well, were tiring London out and this showed when a mix up on the half way line between two London players allowed Lynn to break with Ryan Barnes and Josh Taylor against the alone London GK. Slick passing left an empty net for Taylor to finish into as Lynn punished London to take a 4 – 2 lead. The hosts then calmly ran the clock out much to the delight of the watching support.

A significant result in the league as we enter the final stages of the National Premier League. Next up for Lynn is a match against Middlesbrough at home on the 7th April.

Man of the Match: Josh Taylor