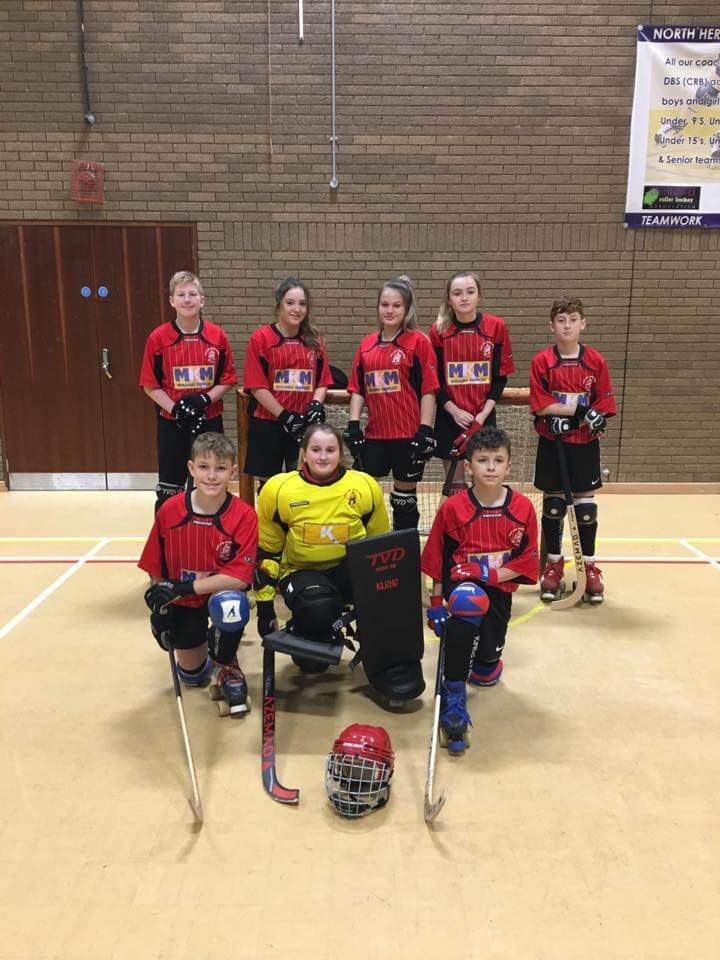 KLRHC U15’s have yet again shown to work well together this season. This was displayed during their second away tournament, at Letchworth.

During the first half of the game, Kings Lynn secured two fantastic goals against Cottenham, achieved by Alfie Poppy and Ria Griffin. Unfortunately, Cottenham managed to take the lead, by obtaining three goals. Thomas Barker, Millie Watson and Harvey Blyer put up a strong defence, against their opposition. Imogen Senter worked extremely hard to prevent any further goals.

The second game was against Bedford. Kings Lynn played an outstanding game. Bedford put up an impressive defence, however Kings Lynn managed to take a five goal lead.

Both Ria Griffin and William Dickerson managed to grasp two goals each during the first half. Millie Watson, Thomas Barker, Myah Easter and played strong in defence. In the final minute Harvey Blyer clawed the final goal.

During the second half, Millie Watson gained a further two goals. Then during the fourth minute, kings Lynn were given a penalty, with which William Dickerson secured the final goal.

The third game was against Letchworth B. King’s Lynn played strong in defence. Although Alfie Poppy scored during the final minute and Imogen battled strongly to defend the continuing goals, Letchworth B put up a tough fight and took the lead claiming six goals.

The team would like to thank Donna Easter and Jo Mills for giving up their time to coach the team during the game and Taylor Allen for refereeing.