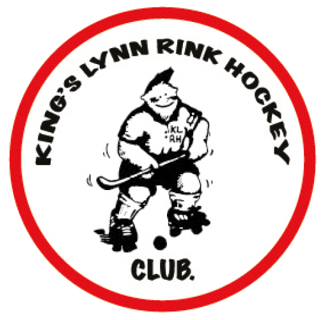 KLRHC v Grimsby
The first match against Grimsby was awarded as a win to Kings Lynn as Grimsby were unable to provide a full team due to players being ill. So, Kings Lynn used this game as a good opportunity for the new players and current players to get to know each other on the rink. Kings Lynn had also had a major injury less than 24hrs before the tournament with keeper Josh Roberts being unable to play. Joseph Hawes volunteered to cover the goalkeeper position for the first game. The game started off quickly with both teams looking to break the deadlock which came on six minutes to a wonderful goal from Harvey Dugdale. By half time Kings Lynn were 2 – 1 down.

KLRHC v Peterborough
The second match was against Peterborough, who were awarded the points due to this being a friendly match. Kings Lynn had to use their former goalkeeper Harriet Dugdale in goal thanks to ECU allowing her to play on the day. Kings Lynn again used the opportunity, this time to try new tactics and different manoeuvres that they have been learning in training. The senior lads in the squad also encouraged the younger and new players throughout the game.  However Kings Lynn were only able to break through the Peterborough defence twice in a tough game from the start to finish.

KLRHC v ECU
The last match was against last year’s u17’s unbeaten champions ECU and was to be the best game of the tournament. With Kings Lynn’s team morale low from the last match Captain Harvey Dugdale showed true leadership and with support from Joseph encouraged the rest of the team.From the start he controlled his team’s attacking and defensive play, which helped Kings Lynn take an early lead. ECU then came back into the game with two quick goals and after goals from both teams, the half time score was 5-3 to ECU.

With the team in high spirts and the second half still to play for, Kings Lynn were able to counter attack any ECU attacks and eventually clawed one goal back from a well placed shot from Toby Elliot. Then a well-timed defensive challenge by Konnor Lee lead to joseph Hawes sprinting the whole rink to place a shot in the back of the net. At 7 – 7 ECU scored to nudge themselves in front but Kings Lynn did not give up. Another counter attack by the team gave Harvey the opportunity to place a shot under the goalkeeper’s legs. With only minutes left on the clock ECU again took the lead and changed their style of play to a more defensive game and tried to keep their 9 – 8 lead. Only 40 seconds to go and Kings Lynn did not panic or give up and were able to get in to a perfect position for Harvey to hit a hard slap shot past the ECU keeper.