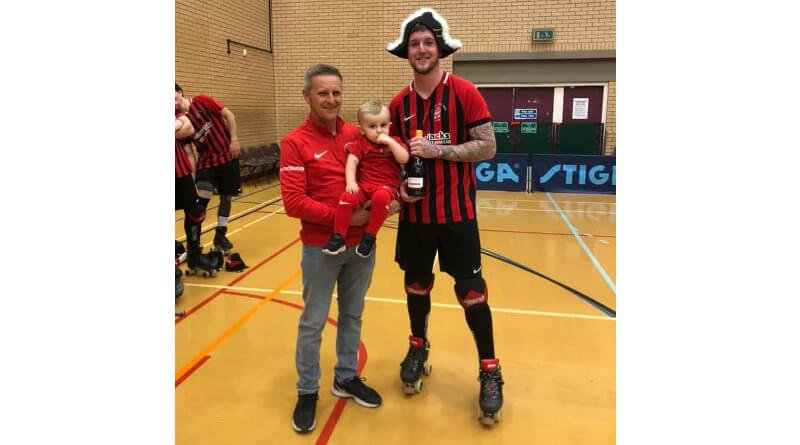 On Saturday 27th April Kings Lynn RHC hosted Middlesbrough RHC in their latest Premier League outing. Middlesbrough in previous years, have caused Lynn problems both home and away however Lynn would be looking to complete a double over the northern side for the first time in the club’s history after a 4-1 victory away from home earlier in the season.

The game started with Lynn dominating the early exchanges and Middlesbrough were looking to catch out the hosts on the counter attack. Despite Lynn holding most of the possession, it was Boro who would be first onto the scoreboard after some slack defending allowed the visitors to find the back of the net.

Lynn re-grouped and maintained their patient game. Middlesbrough were defending well and frustrating the hosts but minutes before the half time whistle the game was tied. Matt Baker finding space to deliver to Owen Norris who deflected the ball past the keeper to take his tally to double figures for the season.

Into the second half and Lynn continued where they left off and were rewarded with an early goal. Captain Vancouver man of the match Jamie Griffin finding himself in space after picking up a rebound to finish convincingly into the roof of the net. Middlesbrough began to push and came close to levelling the game only for Will Martin to deny the visitors with a smart save on the goal line. Lynn soon had another opportunity to extend their lead, this time from the penalty spot. Josh Taylor stepped up to dispatch to give Lynn a two-goal lead heading into the final 10 minutes of the match.

Middlesbrough were now throwing everything they had at Lynn who defended resiliently and managed to keep Boro at bay to see the game out to take an important three points going into the final four games of the season. Lynn now sit top of the table with a game in hand but take on 2nd place London in their next outing in a must win fixture for both sides.

Thanks to Howdens of Kings Lynn for sponsoring the match and to
Samueljacks T-Shirt Shop of Fakenham for the continued support of the clubs Premier League side.

Thanks to both Alex Groves & Jo Tidman for the photography from the match.

Man of the match: Jamie Griffin